With GOAL, Sarah Sanchez combined her innate abilities with new training to further her career. 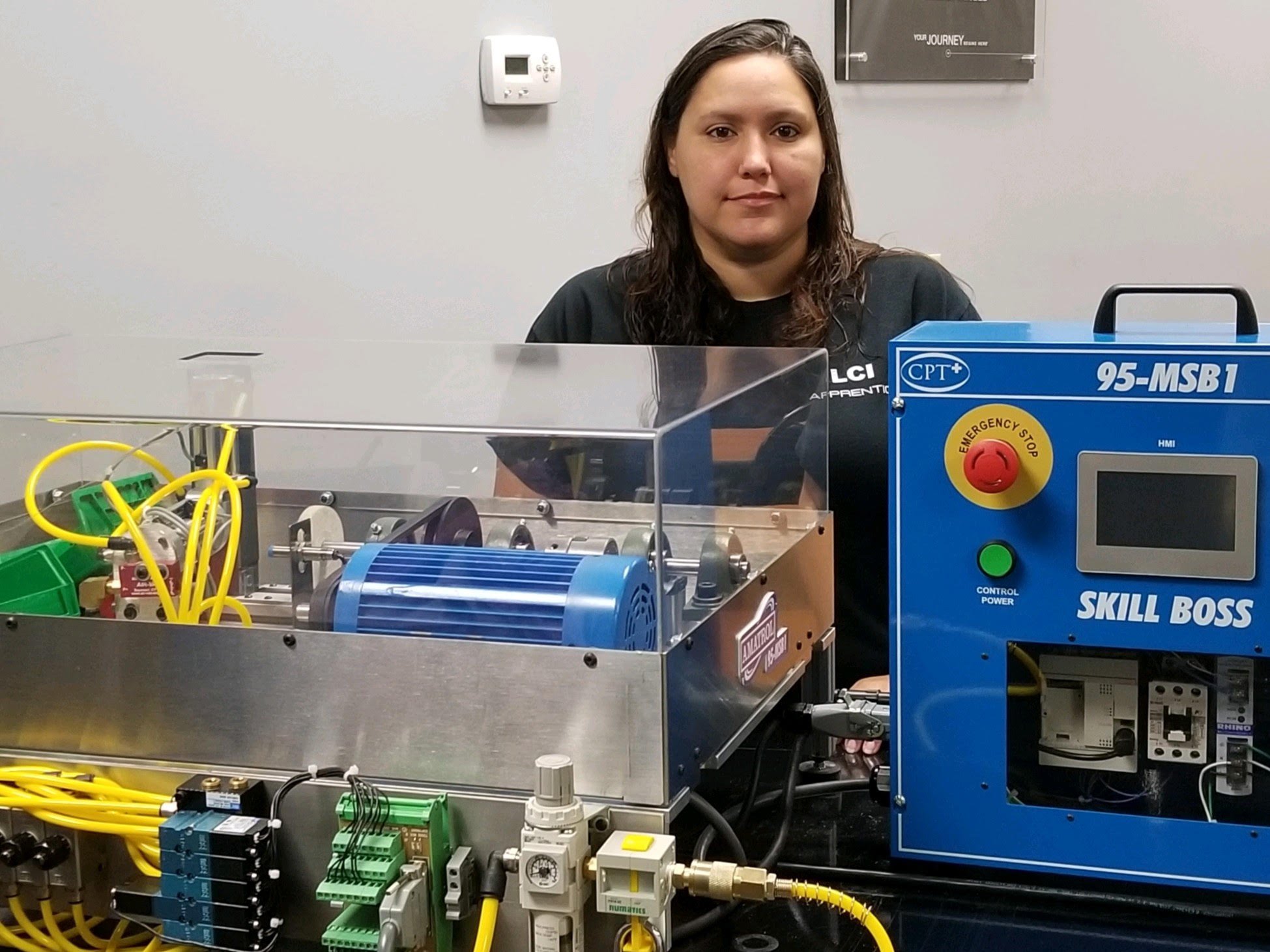 Sarah Sanchez has always worked to help others.

When she was young, she spent summers working alongside her mother, who had been widowed with three children to care for. “I gave her all the money I earned,” she said.

Naturally inclined to support and care for others, Sarah had dreamed of becoming a nurse. But when a challenging pregnancy sidelined her, she had to make the tough decision to abandon her certified nursing assistant studies to become a stay-at-home mother.

A Return to Work and a Change of Direction

After her youngest child had entered school, Sarah decided she was ready to return to the workforce, but she was concerned about her prospects. A recently diagnosed disorder that caused her to experience partial seizures was affecting her memory and kept her from returning to her nursing studies.

With nursing no longer an option, she decided to follow up on her brother’s recommendation that she apply for a job at recreational vehicles (RV) parts manufacturer Lippert Components, where he worked as a line leader.

Lippert offered Sarah a job, and she accepted. Within a year, her leadership abilities and her concern and regard for her colleagues were evident to all: She was nominated for the company’s employee of the month award and was selected to become a mentor leader.

Sarah’s enterprising disposition caught the organization’s attention, and Lippert invited her to participate in a training program called Growing Opportunities in America for Latinos (GOAL).

The GOAL program gives limited English-speaking Latinx workers an opportunity to develop the skills required for highly sought-after production jobs. It combines English language instruction with a Spanish-language version of the coursework and assessments for the Manufacturing Skill Standards Council’s Certified Production Technician (CPT) credential. GOAL is funded by a TechHire Grant that the U.S. Department of Labor awarded to the Labor Institute for Training (LIFT), an Indiana-based nonprofit that assists in the development and delivery of educational programs that increase and improve employment opportunities for unemployed, underemployed, and incumbent workers. JFF provides executive support and services to assist with LIFT’s program delivery.

An Intriguing Opportunity to Do More

Intrigued, Sarah enrolled. “It was an opportunity for me to realize I could do more things,” she said.

“In the beginning, it was hard for me,” Sarah admitted. “Some of the tools, I didn’t even know how to use them. But I told myself I didn’t want to quit.” She wanted to show her four children that when you start something, you see it through.

Soon, Sarah was learning a lot about dozens of tools and machines: how to change the belts and otherwise maintain them, and how to work around them safely. “I felt like I had accomplished something, being able to learn to do those things not knowing anything about them [beforehand],” she said.

Even though she felt like a novice—and recognized that she was the only woman in her class—Sarah took on a leadership role in her GOAL class. She translated course materials and complex terms for her classmates and offered them encouragement.

Program facilitators recognized Sarah’s significance to her classmates. But Sarah gives credit to the whole group: “People in the class were very supportive,” she said. “We supported each other and pushed each other all together. We all helped each other a lot.”

While Sarah recognized the value of the course, she found it challenging to separate herself from her busy family in order to attend classes and study. She said she’s grateful to her husband for his support and for managing the logistics of taking their children to soccer practice.

“The sacrifice was worth it,” she said. “I learned a lot of things I wouldn’t have known before.”

Sarah’s initiative and drive attracted the attention of her instructor, who nominated

her to be one of five people in the country to participate in a pilot of a new CPT+ assessment. Subsequently, as part of her apprenticeship program with Lippert, Sarah was required to take the CPT+ training and assessment after successfully completing her GOAL CPT training. Sarah earned her journeyworker certificate from the Department of Labor (DOL) in July of 2019.

For Sarah, receiving the CPT certification from the GOAL program and the DOL journeyworker certificate was a symbol not only of how much she had learned, but also of her perseverance in overcoming the challenges of her medical condition.

“One of the things I learned the most,” she said, “is that if you really try at something, you ask questions, you practice and study, that it’s not something that’s too far for anyone to achieve.”

Thanks to her GOAL training, Sarah feels well positioned for a career at Lippert. And she feels that the knowledge and skills she learned from the CPT Safety curriculum could give her a chance to put her love for nursing into practice at Lippert—she plans to join the company’s first responder team, a group of employees who act quickly to offer assistance when anyone is injured or has an accident on the floor.

For others considering the GOAL program, Sarah is a staunch supporter: “Definitely do it! It’s valuable information for you to learn. Don’t doubt yourself—if you really try and apply yourself you can do it.” 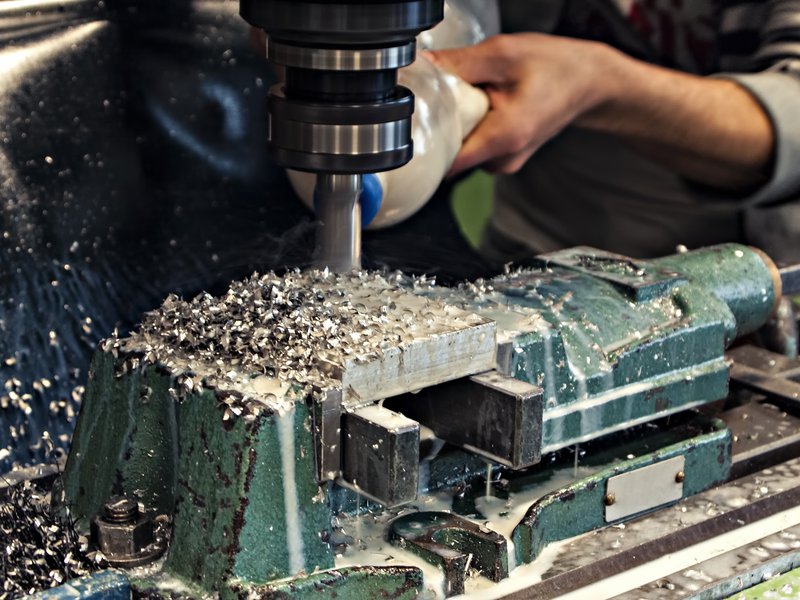 These promising programs are opening new talent pipelines for the manufacturing industry. 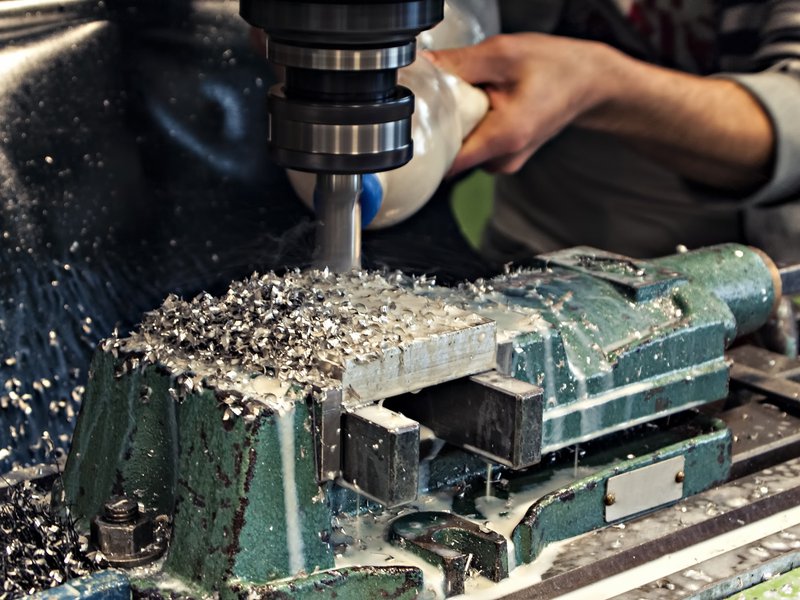 Manufacturer Lippert Components offers a bilingual apprenticeship program to help the 33% of their team members who are Latinx reach their fullest potential.