Skip to main content
down Go Back to Financing the Future

ISA Bill Would Protect Students and Bring Clarity to the Market

At Jobs for the Future (JFF), we are encouraged to see the introduction in the Senate of the bipartisan ISA Student Protection Act of 2022, which proposes clear, thoughtful, and much-needed regulations to govern income share agreements (ISA).

ISAs are an outcome-based financing model that ties the amount that learners pay for postsecondary education and training to the amount of money they earn after they complete their programs. As tuition costs and student loan burdens have grown and as many schools fail to produce positive economic returns on students’ investments, ISAs offer significant promise to improve accountability, access, affordability, and equity in the postsecondary education and training system.

However, as is the case with any financial instrument, ISAs may also have potential drawbacks. Learners may have difficulty understanding the terms and conditions they’re agreeing to. ISAs may also lead learners to become overleveraged, especially if they stack an ISA on top of student loans. Many of the same concerns around collection practices in the traditional loan market also apply to ISAs, such as inadequate notice of lawsuits and requiring automatic bank account withdrawals and payroll withholding. These concerns are particularly acute for ISAs because learners’ lack of familiarity with this financial product might lead them to accidentally miss payments. And while recent JFF research suggests that ISAs do not systematically cost more to Black, Latinx, and female students, individual ISAs—like traditionally-structured loans—can pose a risk to equity if not carefully designed.

The Truth in Lending Act and a number of other federal laws and regulations govern traditional consumer lending practices, but additional legislation is necessary because these protections as written do not adequately protect learners who use ISAs.

Currently, the Truth in Lending Act and a number of other federal laws and regulations govern traditional consumer lending practices, but additional legislation is necessary because these protections as written do not adequately protect learners who use ISAs, for a few reasons.

First, it’s unclear whether these protections apply to ISAs and other innovative education financing tools. A recent consent order revealed that the Consumer Financial Protection Bureau (CFPB) believes that ISAs are subject to the Truth in Lending Act, but that assessment could be reversed by future administrations. The consent order was also silent on whether other federal laws also apply to ISAs, and there are few rulings in the courts to provide guidance.

Second, even if it were made clear that these existing federal protections do apply to ISAs, they were clearly designed with the structure of a traditional loan in mind, so it is unclear how ISA providers should comply with them. For example, the Truth in Lending Act requires disclosure of an annual percentage rate (APR), but the APR of an ISA can vary widely from student to student depending on their future incomes. There are a variety of ways that ISAs might comply with these protections, but it’s unclear whether regulators would accept these approaches.

Finally, the fact that ISAs link payments to income creates new opportunities for policymakers to build a greater level of protection than what student loan borrowers experience. For example, there are no protections to ensure that private student loans are affordable. Providers claim that ISA payments will be affordable to students, and new protections are necessary to ensure that ISAs fulfill this promise.

Here’s a look at important highlights of the legislation.

The ISA Student Protection Act of 2022 is a thoughtful approach to ISA regulation that simultaneously offers students greater protection than they would receive under current lending laws and gives providers greater clarity and certainty.

Versions of this bill have been introduced in each of the last four congressional sessions, beginning in 2015, but none has been passed into law. Each version has built on the previous one, incorporating more and stronger consumer protections. But this version has taken a giant leap forward compared to the one introduced in 2019, incorporating the views of a diverse group of stakeholders to create a universal regulatory framework and improve integration with existing federal loan protections.

The ISA Student Protection Act of 2022 is a thoughtful approach to ISA regulation that simultaneously offers students greater protection than they would receive under current lending laws and gives providers greater clarity and certainty. It intentionally considers and values the critiques of and concerns regarding ISAs and envisions a market for outcome-based financing options where students are protected. We hope that Congress gives it due consideration.

Moreover, whether or not Congress passes this bill, we believe it can serve as a useful model for state policymakers on how to design thoughtful protections. A federal baseline level of protection and additional protections at the state level would ensure that ISAs promote learners’ interests and advance accountability, access, affordability, and equity in the postsecondary education and training system. 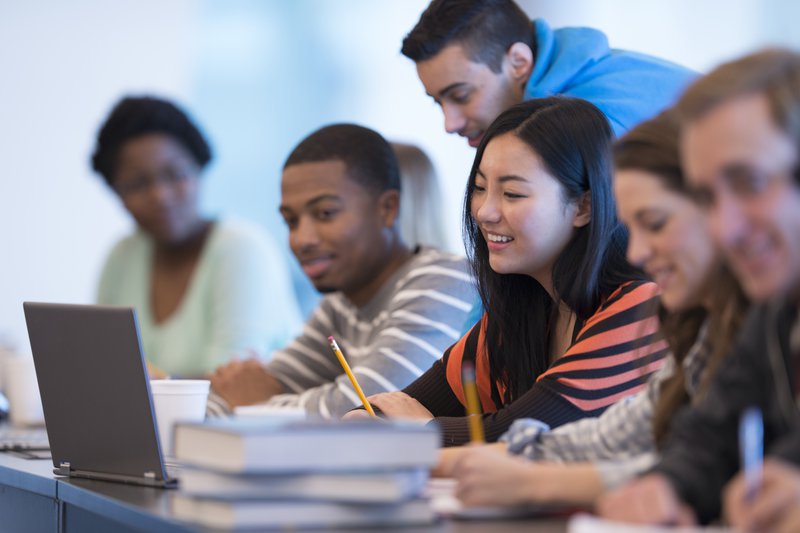 Do income share agreements narrow or reinforce systemic inequities? JFF found little evidence of either, but more research is needed.

Income share agreements have both critics and fans. We think there’s a need for strong empirical evidence with clear outcomes.

Students should also not bear most of the risk. The promise of ISA is that the risk is being shifted from the student onto the providers.