On September 5, the Trump Administration announced its decision to end the Deferred Action for Childhood Arrivals (DACA) program six months from now, throwing hundreds of thousands of young people’s lives into turmoil. Ending DACA will halt the considerable progress that Dreamers—who were brought here as children—have made toward becoming part of the American social and economic fabric. In light of the President’s decision—and even considering his later hedge via Twitter—Congress must move forward immediately with a legislative solution to eliminate the destabilizing uncertainty facing Dreamers. Luckily, Congress will not be starting from scratch—it can act quickly on the bipartisan DREAM Act of 2017.

DACA has opened doors to unprecedented opportunities for Dreamers’ academic and economic mobility. Today, 97 percent of DACA beneficiaries are in school or in the workforce. Many have increased their earnings, boosted tax revenue, and purchased cars, homes, and other services—all of which strengthen our nation’s economy. Eliminating DACA without a federal legislative fix to replace the program will result in negative economic impact: the nation will lose roughly 685,000 workers, resulting in a loss of $460.3 billion from national GDP over the next 10 years. Eliminating the program also runs counter to employers’ constant call for additional skilled workers to fill in-demand jobs whether they be in traditional industries or leading-edge technology giants.

Exact numbers are hard to come by, but some estimates suggest that approximately 30,000 undocumented students enroll in college each year. Yesterday’s announcement will force students to contend with new and existing challenges—reduced access to scholarships and financial aid, the inability to access workforce programs or internships that require a social security number, and tremendous uncertainty about the future. Recent federal directives on immigration enforcement have led to a climate of heightened fear and unrest on college campuses for all students, and especially for Dreamers, who were already reluctant to proffer personal information, apply for available financial aid, or take further steps in college pathways, for fear of the possible repercussions of their exposure as lacking legal status. Despite policy uncertainty, colleges and national organizations have long worked to support these students. Jobs for the Future (JFF) joins our education partners in their commitment to advance today’s most underserved students, including Dreamers.

In Framing the Opportunity, JFF offers recommendations for state policymakers to address barriers to entry and successful completion of college for underserved populations, including undocumented students. Our recommendations are designed to narrow achievement gaps and support the success of students, like Dreamers, who face structural barriers to college completion and employment. The report builds on JFF's decades-long work in supporting community colleges, which serve as the nation's engines for academic and economic opportunity for millions of students and workers.

Dreamers are smart, hard-working, brave individuals who call America home and want to continue to contribute to our country and build lives here. Prohibiting Dreamers’ progress toward a better life calls into question one of our nation’s most cherished values—that through hard work and education anything is possible. As JFF continues to support educational and workforce systems that serve Dreamers, we also urge our nation’s leaders at the local, state, and federal levels to work together to ensure that these individuals are able to continue on their pathways to success in this country. 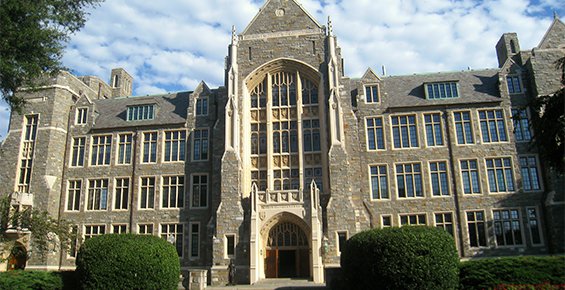