This blog post is the second in a series, Making the Case for Fair Chance Hiring.

The statistics around incarceration in the United States are shocking—or at least they should be. The country has 5 percent of the global population, but 25 percent of the global incarcerated population. One in three Black men is incarcerated during his lifetime. States and the federal government spend $48 billion annually on prisons, and prison investment is growing faster than state investment in colleges and universities. And an estimated $87 billion in gross domestic product is lost to the U.S. economy each year because of incarceration.

The costs, both human and financial, are staggering. And yet more than half of the 600,000 people released from prisons and jails every year will end up back behind bars. The biggest factor? They can’t find a job. But a growing number of corporate leaders are taking an active role in ameliorating these costs by putting fair chance hiring into action—and encouraging their industry peers to do the same.

At JFF’s recent Impact Employer Summit, Slack CEO Stewart Butterfield described how the company has made fair chance hiring, access to training, and reducing stigma around workers with criminal records a part of its culture. He and Kenyatta Leal, the director of reentry at Next Chapter, a Slack-hosted program designed to create technology employment opportunities for formerly incarcerated workers, discussed the initiative in a conversation with New York Times columnist David Gelles.

Butterfield’s call to action came from Bryan Stevenson, founder of the Equal Justice Initiative and author of Just Mercy, a memoir of his experience defending a wrongfully convicted and imprisoned man in Alabama. After hearing Stevenson speak at a conference, Butterfield put copies of the book in all Slack employees’ holiday gift bags, and he took Stevenson’s charge—to “get proximate” to the places where injustices happen—to heart. He visited California’s San Quentin State Prison to learn more about the system and came away with a changed perception: The people he’d thought of as “prisoners” were “people with talents and potential.” But the barriers to unlocking that potential were far greater than he’d ever realized.

For example, San Quentin offered training for high-tech jobs but the inmates didn’t have the most basic tools to do the work. “It was just really incredible to see because… here are people in prison learning how to be software developers, and they’re not allowed access to the Internet,” Butterfield says. “People were designing apps who had never really experienced the smartphone life revolution that happened because they had been incarcerated the whole time. People were making stuff for Facebook who had never actually used Facebook. It’s just really impressive, the ingenuity” they demonstrated.

Leal knew first-hand the challenges of learning new skills during incarceration: He spent more than 20 years in the California prison system. On release, he worked with the reentry nonprofit The Last Mile to find an internship at a tech company that helps startups grow.

The people he’d thought of as ‘prisoners’ were ‘people with talents and potential.’

The structural barriers were only part of the challenge, however. The bias against hiring people with criminal records, and welcoming them into a workplace culture, was another obstacle. “There’s a really big stigma there that people have to overcome,” Leal says. “It’s a big challenge to have to make the paradigm shift from an incarcerated setting into a corporate world or a tech environment, and when you have this stigma that’s associated with that, that’s a huge hurdle to get over.”

Slack launched Next Chapter in 2018 to shift perceptions about the potential of people who have been incarcerated, and to generate new opportunities in skilled, long-term employment in the technology sector for people reentering the community. The effort is a collaboration with the Kellogg Foundation, Free America, and The Last Mile. Leal now mentors all the re-entering workers—known as “apprentices” at Slack—who join Next Chapter, where they train for long-term technology jobs that require advanced skills. The first people who went through the program all now work at Slack; now 10 additional companies hire graduates.

While Next Chapter may be a “little niche,” its work has a big impact. These jobs change the lives of individuals and their families. They help participants earn competitive salaries and develop highly marketable skills. Perhaps most important, such programs show what’s possible; they make the case for scalable, practicable change within America’s largest corporations.

They’re also good for business: Next Chapter graduates have proved to be valuable employees. In 2020, Slack and Next Chapter expanded the program to Zoom, Dropbox, and Square. All of the members of the second cohort of Next Chapter participants who apprenticed at Slack, Zoom, and Dropbox have been hired into full-time roles, while the apprentices at Square have successfully completed a standard professional development curriculum and are doing their apprenticeships now.

Meanwhile, the shift at Slack that began with gift copies of Just Mercy has lasted long after the wrapping paper was discarded. Slack employees have visited San Quentin themselves, and they have partnered with Next Chapter employees to help provide guidance and mentorship on the transition to corporate life. Those activities were inspired by the charge to “get proximate,” Leal says, and they support Next Chapter’s goal “to bring humanity back into the equation.”

The old narratives can be real barriers to fair chance hiring, but they are not insurmountable. Slack’s Next Chapter program illustrates that a small pilot can make a significant impact on practice and perceptions. The lesson for corporate leaders everywhere? Starting small can lead to big change—and it’s all within your reach.

JFF’s Corporate Action Platform brings corporate leaders together to inspire and activate positive change on behalf of their employees and communities. Join our community of changemakers to explore what’s possible. 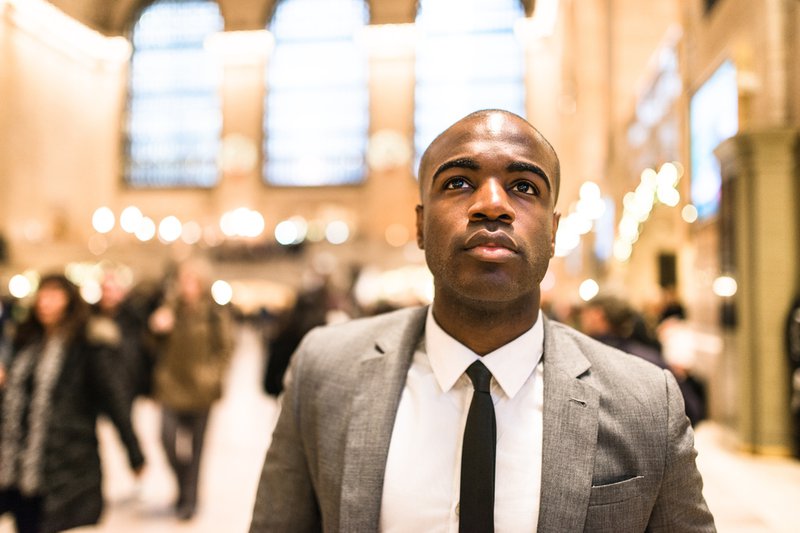 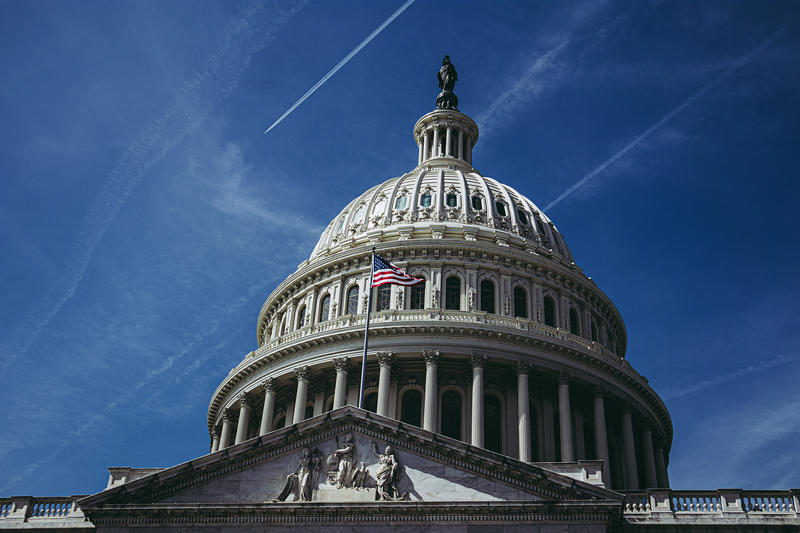 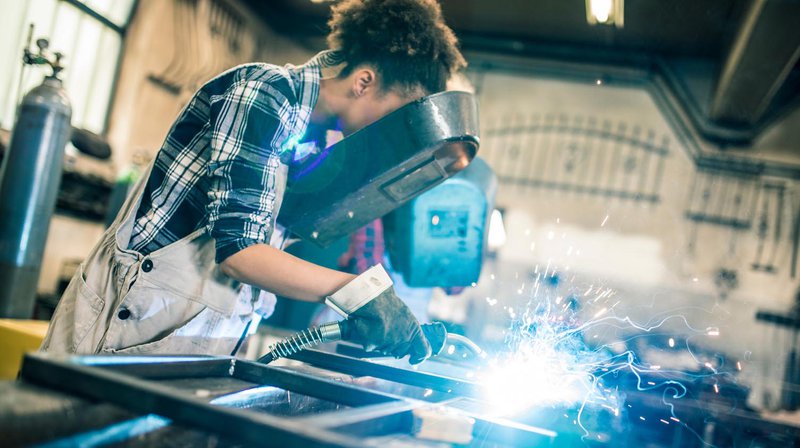 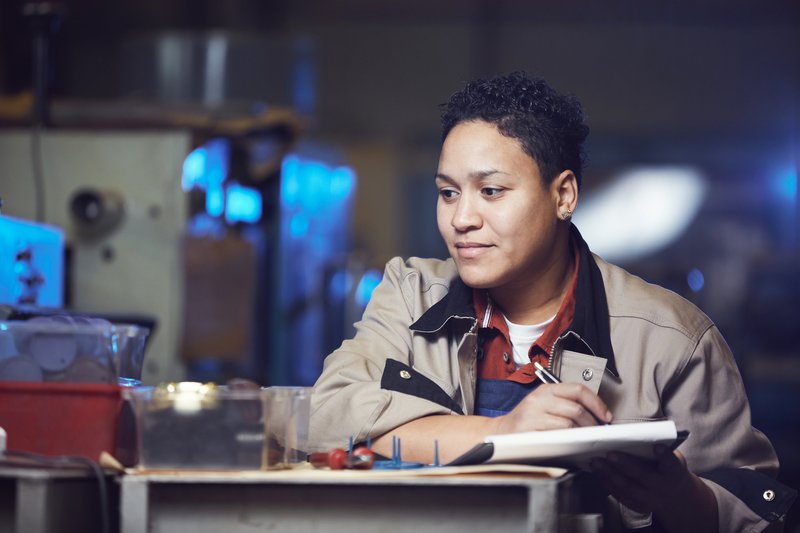