Skip to main content
down Go Back to Impact Stories

Organizations in the PSN have participated in several prominent national initiatives to improve student success. As compelling evidence has emerged on what works to help the most students persist and succeed, especially those who are low-income or underserved, the tenor of these initiatives has shifted from piloting isolated interventions to designing and implementing unified, connected solutions within and across institutions and systems.

Since 2012, organizations in the PSN, along with other postsecondary leaders and policy, research, and advocacy organizations, have embraced guided pathways as a coherent approach to achieving the institutional transformation needed to improve student outcomes. As a founding partner of The Pathways Collaborative, JFF works with other leading organizations to accelerate implementation of guided pathways at hundreds of community colleges in states across the nation.

In recent years, the PSN has built upon the guided pathways framework to ensure deeper alignment with labor market needs and more equitable college completion and workforce outcomes.

The Network is a major hub of activity for scaling guided pathways and community college reforms. JFF provides a comprehensive suite of services for key actors at the state and local levels. Working with state actors, we create the policy conditions and statewide infrastructure needed for community colleges and their partners to implement evidence-based, institution-wide innovations. At the local level, we help postsecondary organizations adopt innovations and build the partnerships needed to address systemic inequities and create greater economic mobility for learners across their communities. 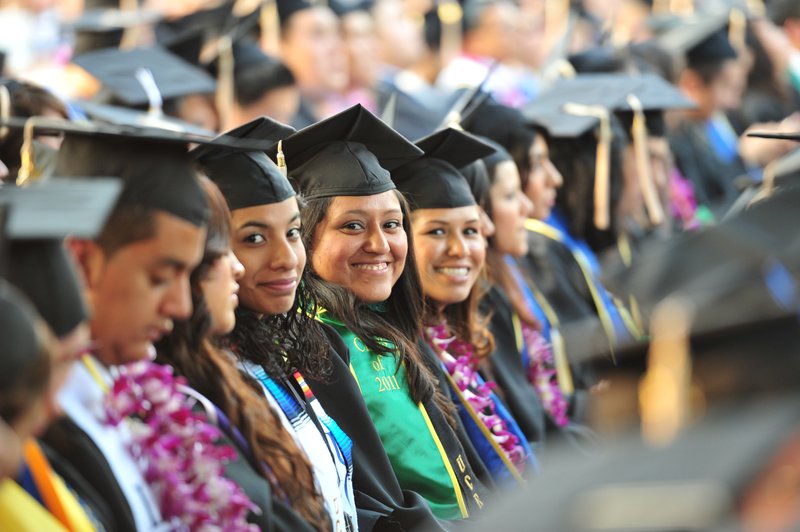 JFF has developed a road map for crafting bold, innovative postsecondary policies that enable community colleges to play a key role in developing a strong workforce and ensuring economic opportunity for all. 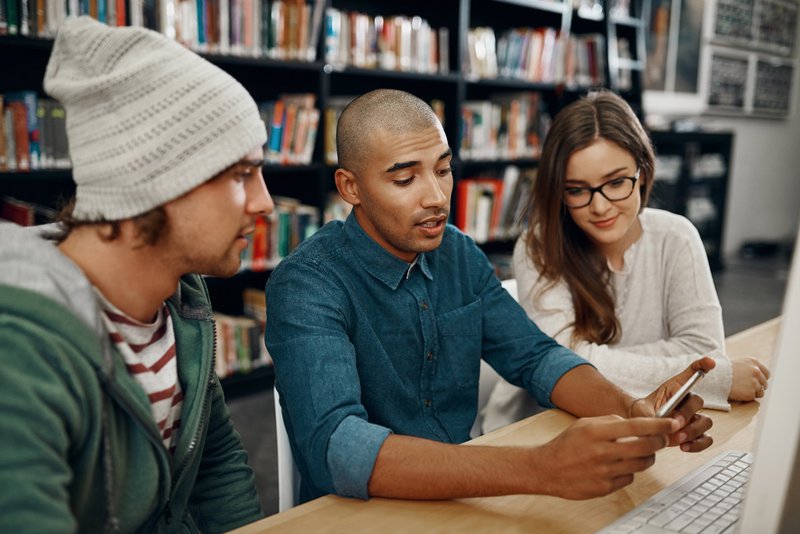 JFF assists community colleges across the US in boosting the success rates of education and training programs for low-skilled adults.

The twice-yearly convenings of the PSN provide opportunities for peer learning and collaboration among leaders from state systems, institutions, and partner organizations at the cutting edge of the student success movement. Network members share strategies, learn about the latest field research and thought, and work together in developing solutions and navigating change.

Check Out Our Resources

Resources gathered for our convenings hold important information for those engaging in postsecondary work at the state level. They’re available year-round. Access them here.

The twice-yearly meeting of the Postsecondary State Network

The twice-yearly meeting of the Postsecondary State Network

States in the PSN have engaged in these previous initiatives:

JFF was one of the founding national partners of this six-year initiative, launched by Lumina Foundation and supported by close to 20 national and regional funders. The initiative engaged 82 community colleges across 15 states to improve college outcomes of community college students, particularly low-income students and students of color. The initiative emphasized institution-wide change and data-driven improvement strategies. Participating states were Arkansas, Connecticut, Florida, Hawaii, Massachusetts, Michigan, North Carolina, New Mexico, Ohio, Oklahoma, Pennsylvania, South Carolina, Texas, Virginia, and Washington. JFF’s partnership with Achieving the Dream (ATD) is ongoing. Since its founding as an initiative, ATD incorporated as a national nonprofit organization. JFF continues to partner with ATD through the Pathways Collaborative, the Student Success Center Network, and the Policy Leadership Trust for Student Success.

Through an initiative launched by the Bill & Melinda Gates Foundation, JFF teamed up with several national partner organizations to work with six states and 15 community colleges to implement innovative reforms to developmental education. JFF developed and advocated for policies to remove barriers to success and accelerate the scale of successful models. Participating states were Connecticut, Florida, North Carolina, Ohio, Texas, and Virginia.

Supported by the Leona M. and Harry B. Helmsley Charitable Trust, JFF and Achieving the Dream helped a cohort of colleges across four states (Connecticut, Florida, Ohio, and Virginia) strengthen pathways into STEM careers that do not require a four-year degree. In addition, community college systems in seven states with strong Achieving the Dream college participation convened for peer learning opportunities in developing state policy conditions and strategies for accelerating student success and completion in STEM pathways. Participating states were Connecticut, Florida, Hawaii, Massachusetts, Ohio, Oklahoma, and Virginia.

Workers with sub-baccalaureate credentials are qualified for half of all STEM jobs, with annual salaries averaging more than $50,000. These “middle-skill” jobs clearly represent an unprecedented opportunity for low-income individuals.

JFF developed this toolkit to help facilitate the adoption of structured pathways design in states and colleges across America. This resource packages proven strategies into a five-step process for easy implementation.

Over the past three years, the six states in the Developmental Education Initiative have developed and enacted unprecedented changes in policy and practice to ensure developmental education students earn credentials.

JFF's Talent of Tomorrow Fellowship, powered by the ECMC Foundation, is an innovative approach to helping employers tap a diverse pool of talent to find and retain qualified workers to power their businesses. 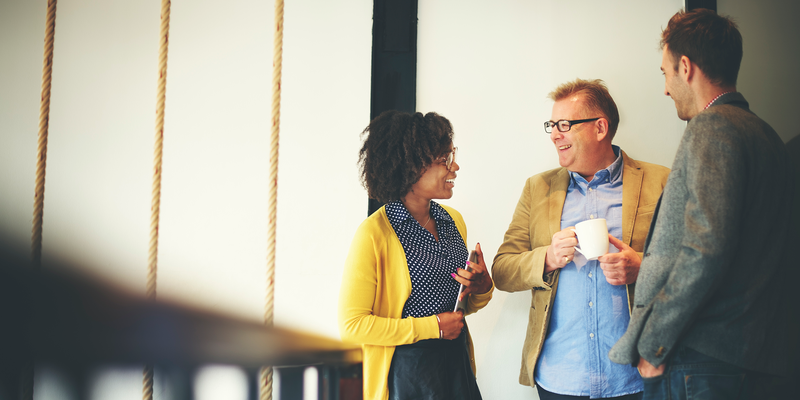 JFF’s new webinar series, ‘Better Together,’ showcases education and workforce partnerships working to build an America where economic mobility is accessible to all. 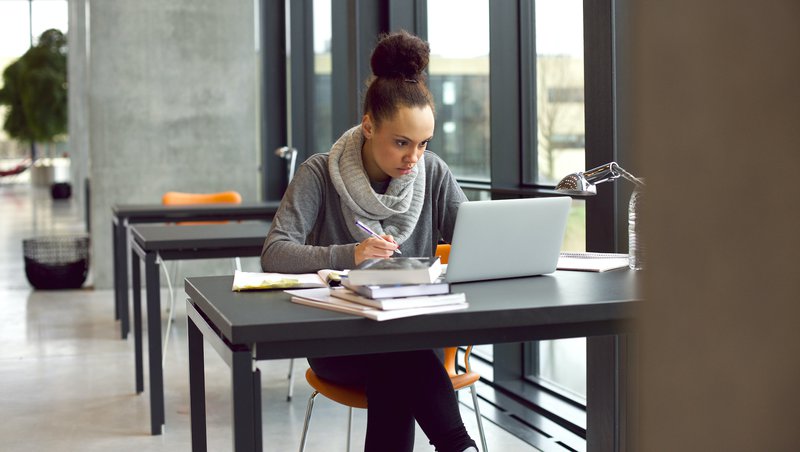 Aiming to increase success for all learners, the organizations launch an effort to help colleges and universities develop and expand CBE programs that serve students of color and students from low-income backgrounds.

An illness has taken over our lives. We are stressed out, overwhelmed and exhausted. The illness is hurting us and people we care about. And there’s no going back — our old way of life will be left in 2019. 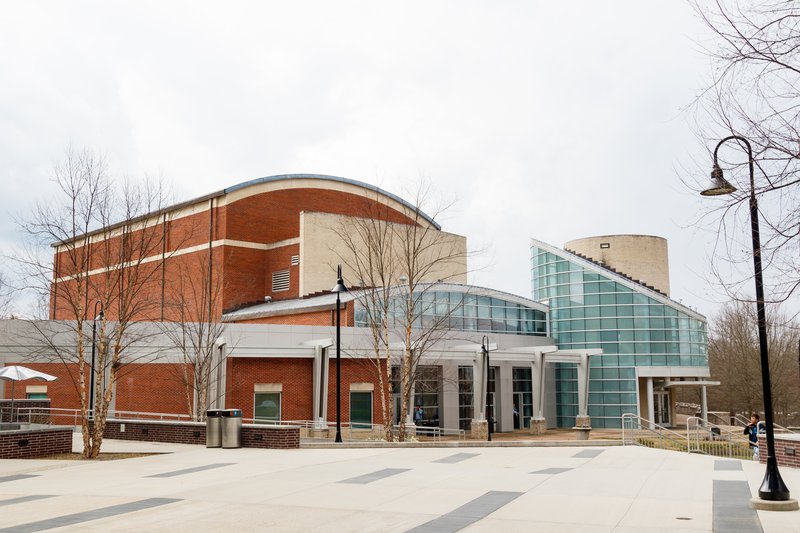 With the right policies and investments, community and technical colleges would be primed to help the nation get through the public health and economic crisis.

Hidden between stories are the unique struggles, complexity, high stakes and isolation of America’s single parents.

Higher ed leaders trying to serve the needs of vulnerable students must also look ahead to a trio of challenges in a post-pandemic world. 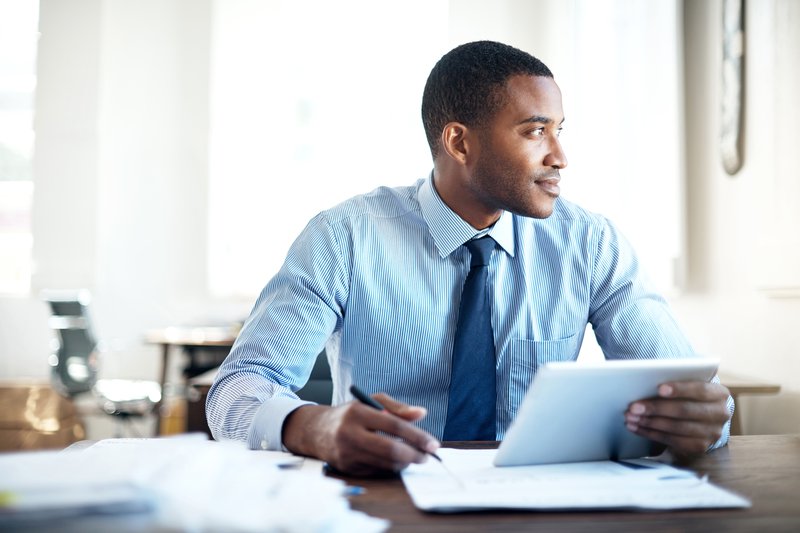 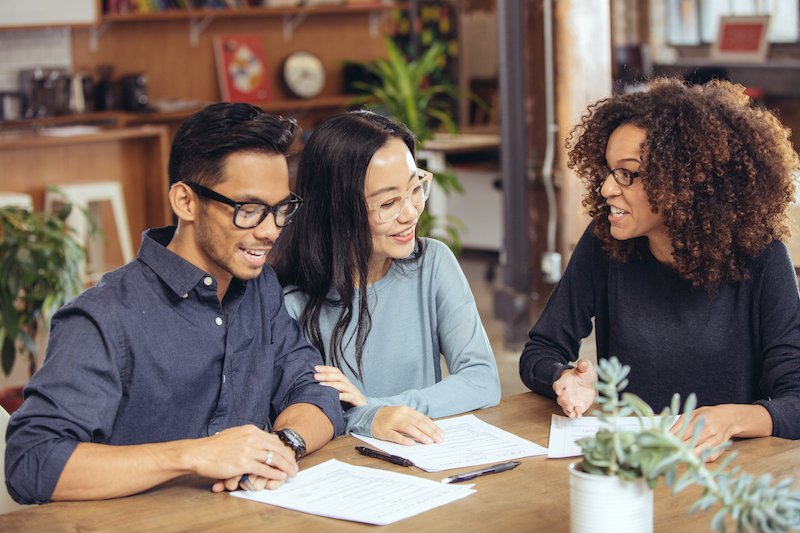 College students are more likely to succeed when they feel like they belong, so we need to dream about new ways to foster a sense of belonging as we usher in a new age of virtual learning. 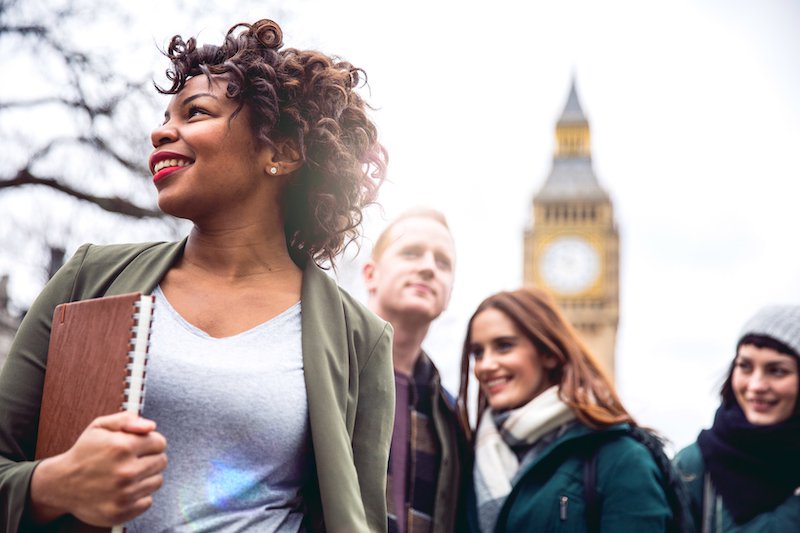 JFF took a chance when we formed a network of states and community colleges to quickly spread successes in postsecondary education at scale. We figured a bet that would benefit millions of students was worth the risk. 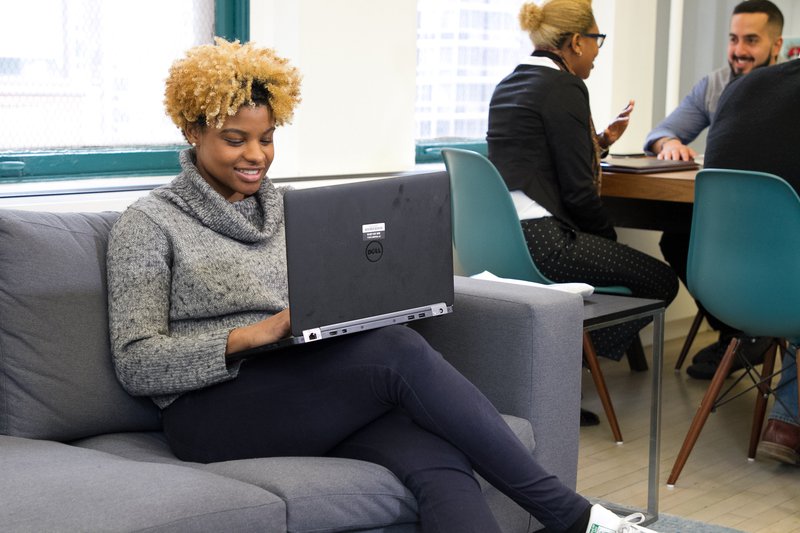 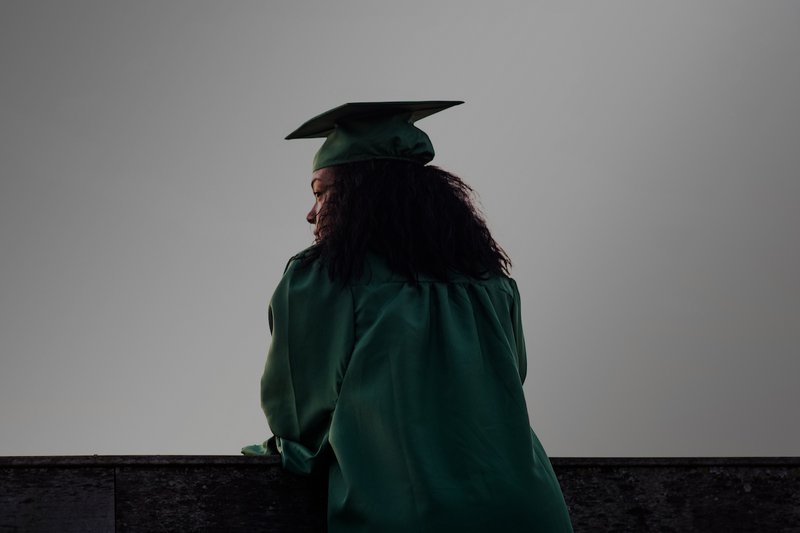 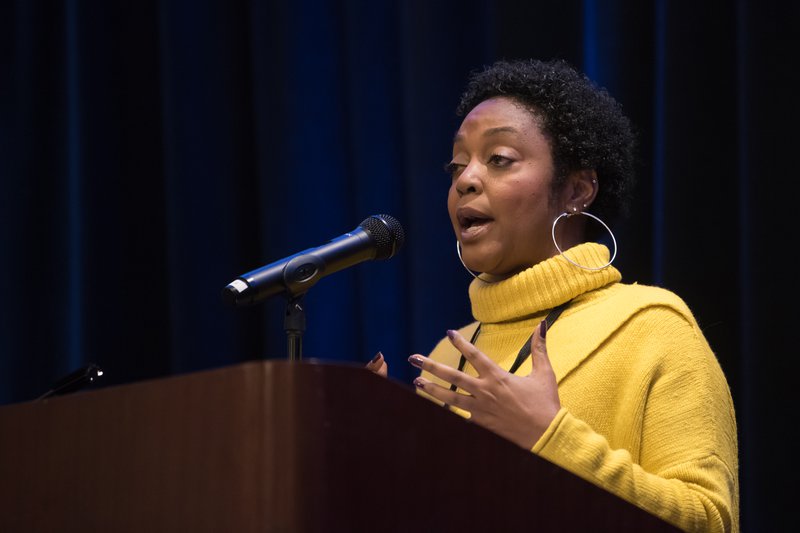 At a meeting of JFF’s Postsecondary State Network, community colleges leaders get a call to be the change agents for achieving equity. The charge: Look for new ways to use data, ask different questions, and identify new solutions. 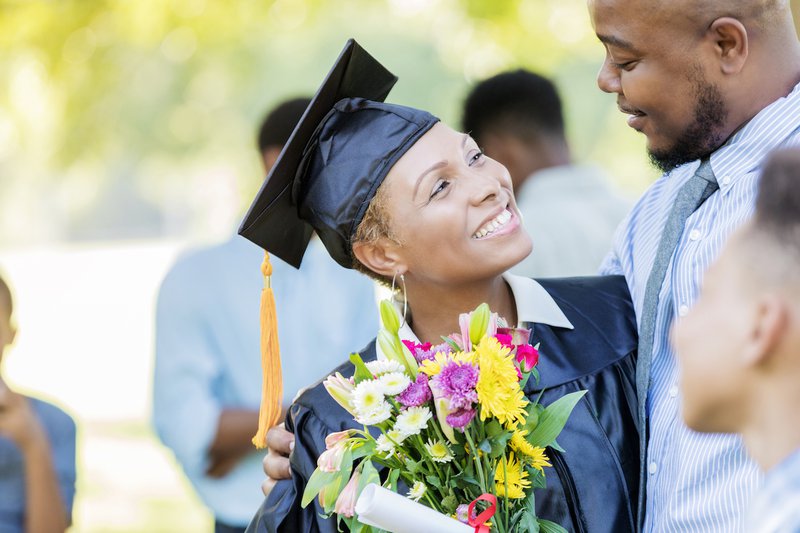 How can colleges best use meta-majors to deter students from making poor course selections? This paper offers up design principles and raises key questions to guide the way colleges approach this technique.

How are states and community college systems working to improve undocumented students' access to postsecondary education? This brief highlights what five states with high immigrant populations are doing to meet this need. 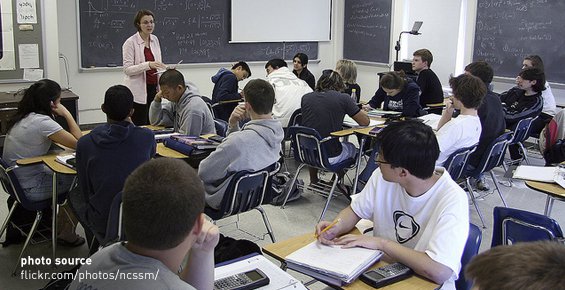 The basis for the recommendation for the default placement in college-level courses has been established, but does it truly help students who score significantly below the placement cutoff?

When Achieving the Dream was launched in 2004, most states focused on college access as a central policy agenda for community colleges. Since then, this initiative has dramatically changed the policy environment in the 16 states that signed on.

Educators, government officials, and foundation leaders who have embraced the agenda of dramatically increasing college success and credential completion now understand the need for better data on student outcomes to guide improvement efforts.

More and more young people enroll in postsecondary education to prepare for jobs that provide access to middle-class wages. Unfortunately, too few possess the proper academic skills to succeed in college-level coursework.

Good data on student achievement is vital to making smart decisions around education reform. But collection is just the first step in making this data work; knowing how to interpret it is what matters most for moving forward.

Many states are looking to effectively use financial incentives to encourage students to complete a postsecondary credential. A JFF report explores how Massachusetts is making strides through its Vision Project—and show how others can mirror these efforts.

States are recognizing that a critical next step in increasing community college completion rates is building support among faculty for reform efforts. This publication highlights three key ways that states can help institutions deepen the engagement of adjunct and full-time faculty in reforms.