A window is open for corporate leaders to redesign talent practices that spur widespread economic mobility - but this moment won't last forever.

Let’s start with what we know: The economic realities of this past year are devastating, and the people who are suffering most are those who can least afford it.

In February 2021, the U.S. unemployment rate stood at 6.2 percent and some 10 million Americans were out of work. Both of those figures are down from their April 2020 peaks, but they are still well above their pre-pandemic levels of 3.5 percent and 5.7 million, respectively, in February 2020. Moreover, the number of people who had to work part-time or reduced hours for economic reasons had increased by almost 2 million since the start of the pandemic. Black, Latinx, and Indigenous workers are particularly hard hit, facing unemployment rates of up to two times that of white workers. Women are also suffering major job losses—accounting for 58 percent of workforce exits since the beginning of the pandemic and 100 percent of the net job losses in December 2020. And overall, low-wage industries have seen the greatest job losses by far. Between March and December of last year, the earnings of the bottom 82 percent of workers declined by almost $840 billion. Meanwhile, people who have investments in the stock market have seen the value of their holdings rise by 15 percent; and the aggregate wealth of U.S. billionaires—all 660 of them—increased by over $1.3 trillion.

These facts and figures have been widely reported, but it’s important that we don’t tune them out.

Business leaders can reimagine and rebuild our ‘next normal’

At the beginning of the pandemic, there was talk of “returning to normal.” One year later, I think we can all agree that that’s never going to happen. Instead, a “new normal” will emerge, one that is yet unformed. And we’re the ones who can shape it. The good news is that business leaders like you are perfectly positioned to take action—action that will lead to a more just and equitable economic future. And that’s because you can engage in a whole series of activities that directly contribute to the economic opportunity and mobility of your employees.

Fortune 500 companies employ over 27 million people—more than 17 percent of the U.S. workforce. Who do you hire? Who gets promoted? Have you assessed your talent practices for bias? What benefits do you provide to your lowest-paid workers? Workers’ skills and abilities play the largest role in determining their lifetime earnings—how do you help your employees build new skills and prepare for the future? Are they competitive in the market when it’s time to move up—or even move on from your company?

Those questions all refer to the ways in which you, as business leaders, can meaningfully contribute to the economic well-being and career mobility of your employees. Through your actions—through your commitment and focus—you can play a direct role in improving the lives of all workers.

Now is the time for visionary corporate leaders like you to reimagine and rebuild talent practices in a way that emphasizes equity, puts people at the center of business strategy, and creates widespread economic mobility, particularly for those who have suffered most from the economic fallout of this pandemic.

In early 2021, JFF convened Fortune 1000 leaders to explore this issue and chart our path forward

For two days in February 2021, more than 150 Fortune 1000 leaders came together at JFF’s annual Impact Employer Summit to unpack the magnitude of this moment and look for solutions to the wealth inequity crisis that U.S. workers face. Executives specializing in talent management, social impact, and operations worked alongside thought leaders and business visionaries like Adam Grant (bestselling author and organizational psychologist) and David Gelles (New York Times columnist) and Shelly Bell (founder and CEO of Black Girl Ventures), as well as CEOs Stewart Butterfield (Slack), Dan Schulman (PayPal), Michael Bush (Great Place to Work), and Byron Auguste (Opportunity@Work). We heard from workers about their experiences, and we rolled up our sleeves and applied practical recovery strategies in peer-to-peer working sessions. And along the way, we continued to build a thriving community of Impact Employers—corporate leaders dedicated to building a better workplace, one that puts equity at the center of hiring and talent advancement strategy.

Several themes emerged that reveal how these corporate leaders are approaching this moment, and how all employers can invest their time and energy to bend our economy toward a more equitable post-pandemic future. Read the full article on Medium to learn more about what emerged and more about the dynamic annual event. 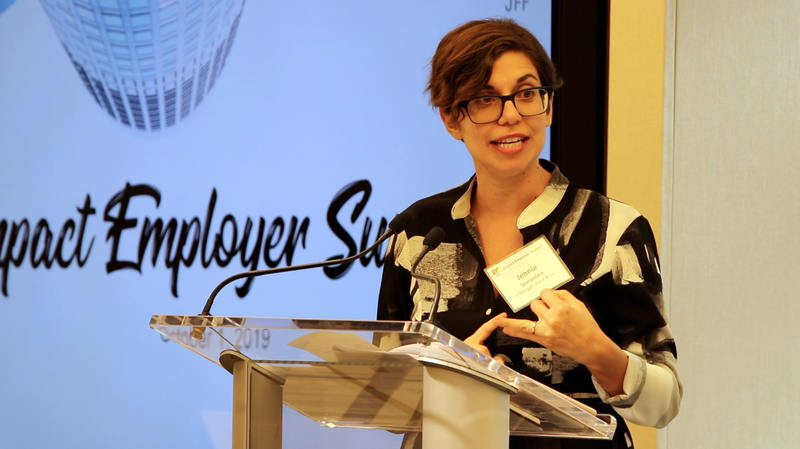 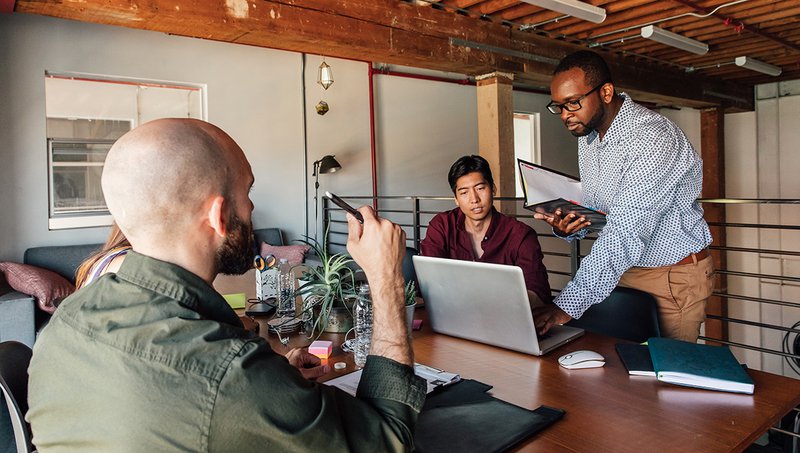 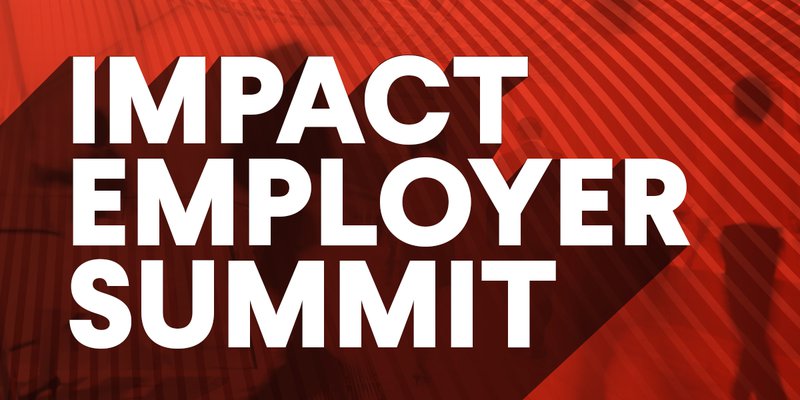 On February 9-10, 2021 JFF and our Summit Advisory Council welcomed over 150 Fortune 1000 leaders to unpack the magnitude of this moment and look for solutions to the wealth inequity crisis that U.S. workers face.

Join us at JFF’s signature corporate event to explore how equitable talent practices can lead to more resilient businesses. 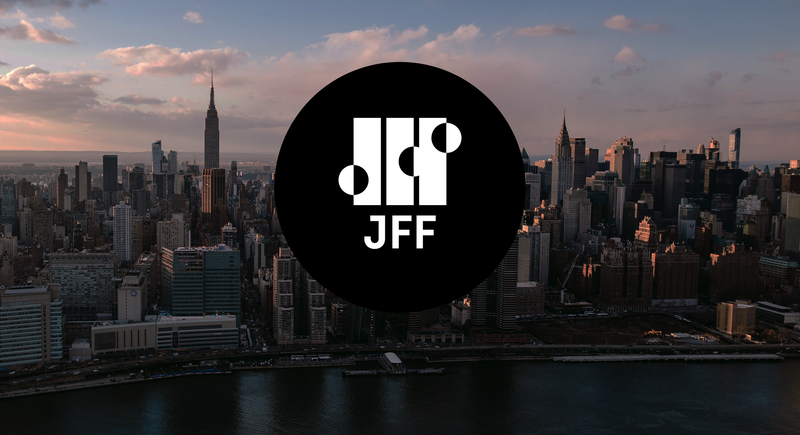 In times like these, there is a real opportunity for corporations to step out and up as leaders, using their power and influence to make a difference. 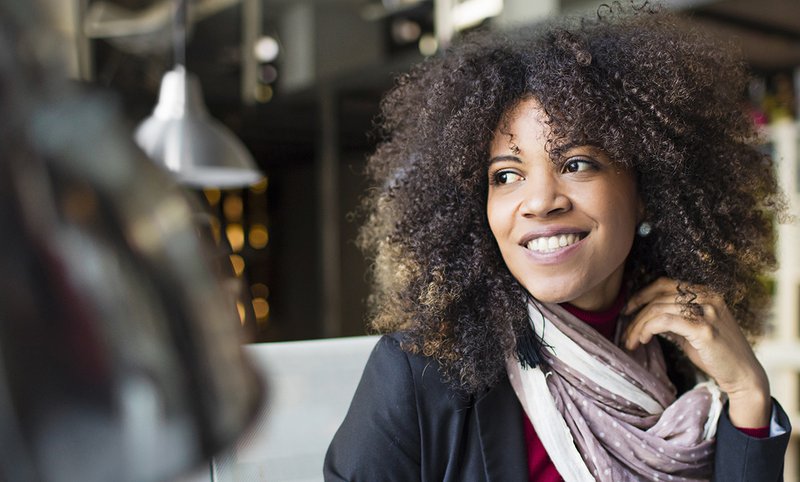 We’re bringing together America’s largest companies in a shared commitment to embracing business values and practices that prioritize the economic well-being and mobility of their people. Join us to #RecoverStronger.