What’s Next for Apprenticeship?

Among its recommendations are the creation of a new kind of non-registered apprenticeship program, which proposes a more streamlined development process for employers, training providers, and industry associations.

JFF is a longtime strong supporter of Registered Apprenticeship and a full range of approaches to high-quality, work-based learning. We appreciate that these issues are receiving increased attention at the national level, and we applaud the considerable effort of the task force to position apprenticeship as a mainstream workforce solution.

The report highlights several key policy, funding, and implementation questions that deserve immediate attention. While the report provides a thoughtful discussion and a lengthy list of recommendations, the hard work of translating them into formal policy and guidance for the field remains to be done.

We believe the federal government must ensure that apprenticeship programs have the rigor, high quality, and equitable access they promise.

The thrust of the report is the development of an Industry Recognized Apprenticeship Program (IRAP), a new version of non-registered apprenticeship. In this model, industry associations will be tasked with “certifying" new apprenticeship programs. But there are few specifics about the role of the certifiers or the rigor, quality, and standards of the new model.

This raises important questions about what the certifying process will entail and the role that existing  state apprenticeship agencies and the US Department of Labor (DOL) will have in the new model—if they have a role at all.

We believe that growth should not come at the expense of quality. The federal government must continue to play a central role in ensuring that apprenticeship programs have the rigor, high quality, and equitable access they promise.

While Registered Apprenticeships require minimum hours of on-the-job learning, related classroom instruction, supervision, quality control, and equal access, these issues are not addressed in the IRAP proposal. The DOL will need to resolve them in subsequent guidance.

The task force did a thorough job of analyzing many of the issues affecting apprenticeships and challenges related to developing the new IRAP model. The most important are questions regarding wage progression, quality standards, and performance requirements. These are critical to address to ensure program quality and the welfare of apprentices—particularly wage progression, which ensures that skill gains accrue benefits to workers, not only companies.

The report also recognizes the significant growth of the Registered Apprenticeship system, noting that “along with increasing support for apprenticeship programs, participation in the programs has grown substantially in recent years. The United States has experienced a 42 percent growth in apprenticeships since 2013, and the current number of active apprentices is 125 percent higher than the 20-year annual average.”

It is vitally important that the IRAP does not stall the continued growth of Registered Apprenticeship or harm its record of success. The report rightly raises concerns about the creation of “parallel and complementary apprenticeship systems,” which could inadvertently compete with Registered Apprenticeships or confuse students, workers, employers, and other stakeholders. The DOL will need to focus on how these two programs will complement each other and relate to existing workforce efforts across the country. The IRAP should not act as a standalone program that could add to the already confusing national apprenticeship conversation.

Over the past four years, apprenticeship has undergone a major transformation, from a largely blue-collar, union, and building trade–based training program to a more widely accepted innovation in the US job training system. Apprenticeships are increasingly viewed as an effective way to move people into high-paying jobs and careers while helping employers meet their needs for skilled workers. They are also being tested in a range of industries and occupations that never considered apprenticeship before. This national attention on apprenticeship and the focus at the highest levels of government over the past five years is remarkable in the 80-year history of apprenticeships in the US.

The task force should be commended for its thorough review of the issues and thoughtful recommendations. However, there are a range of questions and unresolved issues regarding IRAP guidance, the impact on the Registered Apprenticeship system, credentials, and integration with existing state and federal apprenticeship and workforce systems.

Now that the task force has completed its work, the Labor Department and the administration must turn these recommendations into sound policy and guidance for the field. They must get this next part right so that the new policy complements, and does not compete with, the existing apprenticeship and workforce systems.

The talking points are organized to align common business concerns around diversity, development, and retention with the solution of equitable and inclusive apprenticeships. 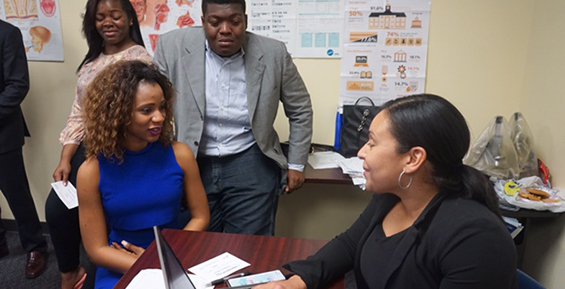 Most apprentices are employed at the conclusion of their programs, going on to earn an average starting salary of $60,000 a year. But for far too many women and people of color, this is too good to be true.

On January 18, several members of Congress attended the "Best Apprenticeship Practices for a 21st Century Workforce" panel to hear from apprenticeship program leaders as they discussed successes and offered suggestions.