Voices on Policy to Promote College and Career Readiness

For example, here's one participant reflecting on how important it is for local educators to take a close look at what their existing state policies do and don't allow:

Policies alone can't drive the kinds of educational change that we're after. But it's important to recognize that some states do have great policies in place--having to do with professional development, curriculum, assessment, and so on--that could do a lot to help support deeper learning, Only, local educators often interpret those policies more narrowly than was intended. And as a result, they assume that the state won't let them try out innovations that they'd like to pursue.T

his isn't new--educators have always understood state policies and regulations to be more restrictive than they really are. But if we're truly interested in moving toward deeper learning, then we'll want to try implementing all sorts of new practices: portfolio assessments, interdisciplinary classes, projects that cut across grade levels, etc. So it's even more important than ever that we take a close look at what the existing policies do and don't allow. It would be a real shame if we prevent ourselves from teaching in new ways just because we've misinterpreted our state and district guidelines.

On the other hand, another participant argues that sometimes local educators do need to push district and state leaders for more flexibility:

I believe that if we're going to reinvent our learning structures and move toward a mastery-based system, it's going to take support from the entire community--a village mentality, really. Not only do our teachers need to rethink their expectations for kids, but the whole community should. And our students, absolutely, should have a firm grasp of what the new expectations are, and how they can meet those expectations in a way that's empowering and motivating.

How do we open up the old school structures and get rid of the idea that kids can only prove their mastery in one way, and only by passing a test in school? By creating policies that allow for kids to drive their own learning opportunities and to show that learning doesn't just happen in school but also in the community, or perhaps while on vacation with their families, or perhaps while walking down Main Street.

Yes, students' learning should be assessed and confirmed by an educator. But we should eliminate some of the walls, the time constraints, and the narrow rules that decide how kids must learn and demonstrate mastery. And that takes policy. So it's not just about thinking big about how we can redefine learning opportunities locally. It's also about shaping the policy language and legislation to allow that to happen.

And here's a comment from a third participant, warning that in either case--whether we take advantage of what the present polices allow, or push for policies that permit us to try something new--moving toward deeper learning will be tricky for everyone involved, from policymakers to teachers, students, and parents:

I'll give you the analogy of the elephant--an elephant whose front legs represent standards and assessments, and whose back legs represent curriculum and instruction.

Around the world, and particularly in the U.S., I've seen the back legs churning a lot. A lot of people are trying to figure out how to teach better, and that's great. But the front legs have to move too. They're the "what" of an education. And unless we address the "what," we're not really going to make much progress.

Further, let's recognize that the elephant is bumping against the wall of college entrance requirements, which haven't really been revisited in a long time. Why is four years of math the metric that matters? Why not students' understanding of philosophy? Why not creativity? Why not a bunch of other things?

So, unless we deal with the front of the elephant (including standards, assessments, and college entrance requirements), there's only so much progress we can make by getting the elephant to push from its back legs.

On top of everything else (and just to complete the analogy), we also have parents on the back of the elephant, saying, "Move, move, move!" Only, if it looks like you're heading towards something new, like project-based learning, they'll shout, "Wait, don't move that way! I never did that when I was in school. Don't move so fast...."

For more elephant stories, policy advice, and other voices from the field, stay tuned. For now, take a look at our Storify of shared resources and social media highlights from the meeting.

Images in this post are excerpted from graphic facilitation provided by Emily Shephard of The Graphic Distillery.

Originally posted on Education Week 's blog on August 12, 2015. As the deeper learning movement expands, how will we ensure that it also includes ? Over the coming years, will we find ways to provide all children with meaningful 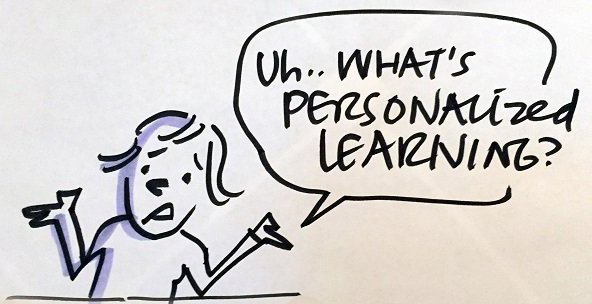 What is personalized learning, and how does it change the game of teaching and learning? 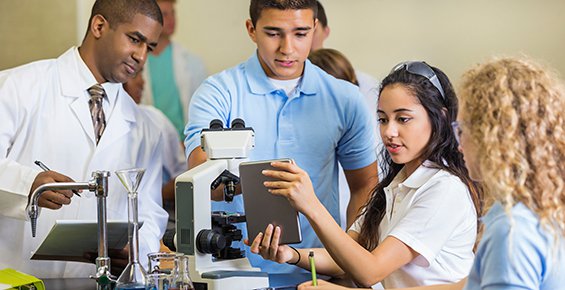 Originally posted on Education Week' s blog on November 6, 2015 A year and a half ago, in a post to this blog, Jal Mehta made the memorable assertion that "deeper learning has a race problem." Judging by who attends 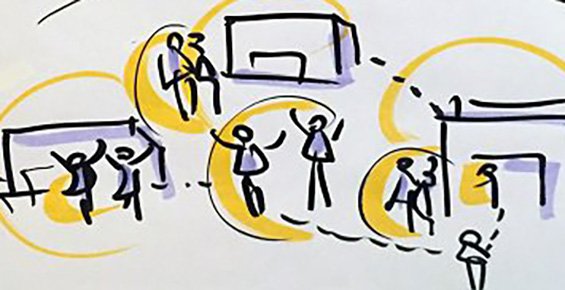 What's next for the Educator Competencies? JFF and partners think these three areas must be the focus to gain wider implementation: connection, comprehension, and communication.