In Teaching and Assessment, Prudence Might Not Be a Virtue

Earlier this year, Grover "Russ" Whitehurst wrote a lengthy critique, featured on the Brookings Institution's site, of the ways in which the teaching and assessment of "soft skills" have begun to play out in K-12 education. It's a provocative piece, and if you haven't seen it yet, then you might want to add it to your Deeper Learning/back-to-school reading list.

As the Bush-era director of the Institute of Education Sciences and chief architect of the What Works Clearinghouse, Whitehurst is well-known for taking a hardline stance on what should count (interventions backed by randomly controlled trials, mostly) as "evidence-based practice" in education. So it's no surprise that he would argue for a super-cautious and incremental approach to figuring out how best to teach and measure the capacities that "have been variously labeled as: soft skills, emotional intelligence, social and emotional learning, personal qualities, character, virtue, non-cognitive skills, 21st-century skills, and so on."

Whitehurst's call for slow, "prudent" reform may not sit so well with those of us who feel a fierce sense of urgency to improve schools now (and to take advantage of the opportunities for policy change made possible by the shift from NCLB to ESSA). But he does make some important points about the risks involved in trying to build new school models atop conceptual foundations that are still somewhat fluid.

For one thing, the field continues to struggle with basic definitional questions, having to do with the specific "soft" skills that contribute to college, career, and civic readiness. How, asks Whitehurst, are practitioners supposed to decide which skills to teach and assess? Should they pursue the deeper learning capacities identified by the National Research Council? The social and emotional competencies listed by the Collaborative for Academic, Social, and Emotional Learning (CASEL)? The University of Chicago Consortium's set of non-cognitive factors? Just how closely do these frameworks map onto one another? And is there good reason to think that the terms they use (such as CASEL's "self-management" and "responsible decision making" or the Chicago Consortium's "learning strategies" and "social skills") are roughly equivalent in meaning, and that they refer to truly distinct and stable psychological constructs?

More important, adds Whitehurst, it is not yet clear which of these things are teachable at all, or to what extent. There's a real danger, he argues, that schools will invest time and resources in (and will be held accountable for) trying to change character traits that are baked into their students' genes, and which no amount of instruction will alter. (The obvious example, as Whitehurst points out, is the KIPP schools' effort to teach and measure "grit" even though the jury's still out as to whether grittiness can be taught and how, or whether schools can measure it reliably.)

I suspect that as efforts to promote deeper learning pick up steam, it will become all the more important to pause, now and then, to make sure that we haven't climbed aboard "a naive bandwagon," as Whitehurst put it, "that pulls reform efforts in unproductive or detrimental directions." (And for a cautionary tale, we might look to the gold rush underway in the business world, where dozens of test developers are now marketing expensive assessment tools—of dubious validity, reliability, or predictive value—that claim to provide useful information about employees' soft skills.)

But at the same time, I can't say that I have much faith in or patience for the slow accumulation of "gold standard" research, of the sort that Whitehurst has promoted in the past. And I would argue that while it may not always meet the lofty standards of the What Works Clearinghouse, recent research, including that synthesized by Jobs for the Future's Deeper Learning Research Series, does provide compelling reasons to support a turn toward deeper learning—including the inherently complex pursuit of helping to develop persistence, problem-solving, and other essential personal and interpersonal skills we all need for success in college, careers, and life.

Knowing what we know today—about the role of student motivation, engagement, agency, and self-determination; the importance of healthy school environments; the value of college and career planning; the nature of high-quality classroom activities and assignments; the changing nature of the American workplace; the sorry state of civic knowledge and participation; and on and on—we have ample justification for many of our current efforts to promote better teaching practices, assessment systems, counseling and advising services, and much more.

To be sure, we shouldn't be rushing to implement faddish educational models based on the pursuit of vaguely defined outcomes; that would only discredit and undermine the long-term effort to build a strong foundation for deeper learning. But the question is, at what point does prudence become paralysis?

Career and technical education appears to be enjoying a resurgence these days. From President Obama's Ready to Work Initiative and the Department of Labor's American Apprenticeship grants, to the California Career Readiness Initiative and the states parti 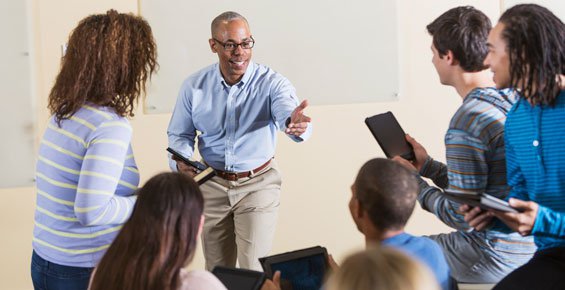 Ask three policy wonks what they think of the Every Student Succeeds Act (ESSA), and you'll likely get four or five answers. At recent meetings and conferences, experts have told me that ESSA "kills off No Child Left Behind, once