Student Voices in Action: Spotlight on the National Council of Young Leaders

I had the pleasure of speaking with Shanice Turner, 23, a Year Up representative who has been on the Council for one year. As a Council member and former opportunity youth, Shanice says the Council has given her the strength and opportunity to exchange ideas with professionals at a roundtable about what new opportunities for youth could look like. She uses the meetings she attends as an opportunity to tell the policymakers at the table that people in her generation, especially other opportunity youth, are motivated and eager to learn. She believes that there is no need to search elsewhere for answers about matters regarding opportunity youth when you can find them by speaking to the youth in your own community.

For Shanice, the Council has given her the confidence and opportunity to grow as a person.

“I used to be a person that second-guessed myself a lot. Now I talk to new people and present in front of huge crowds. My facilitation and public speaking skills have improved greatly and I’m now able to share my ideas and present them.”

In addition to meetings, the National Council of Young Leaders gives youth a platform from which to take action within the community. I met with my colleague, Mamadou Ndiaye, an associate director at Jobs for the Future, who, in 2012, helped found the National Council of Young Leaders. “One priority is for young people to not only be represented and share the voice of their communities, but also to help drive change in the community,” says Mamadou when asked about civic engagement through the Council. It is important that the youth are not only speaking about the matters that are important to them, but also enacting the changes they wish to see. Out of this need, Opportunity Youth United was created.

Opportunity Youth United gives young people the chance to actively participate in the electoral process, which is of the utmost importance with such an important presidential election only months away. Currently, Opportunity Youth United is designing a set of activities for youth to be more involved in the electoral process by doing things like meeting with and interviewing presidential candidates and asking questions at Town Hall meetings. One youth, James Mackey, even had the opportunity to interview presidential candidate Hillary Clinton. See the interview here.

As a member of Opportunity Youth United, Shanice has served on college advisory courts, working to get college-educated youth involved in the National Council of Young Leaders. Of one college advisory court, Shanice said, “I felt happy to be the only person with an exhibit table at such a young age and it felt good to have a chance to talk to my peers. We talked about how important it is to pursue a master’s degree and what it would be like for them to get involved in the National Council of Young Leaders.”

For Mamadou, he is proud to see his work with the National Council of Young Leaders aligning with the youth empowerment work of Back on Track, the initiative he works with at Jobs for the Future. “Back on Track’s model is designed to help young people succeed in postsecondary education and careers. In that sense, it is about empowering young people the same way that the Council is about empowering young people. There is an overlap in the goals of Back on Track and the National Council of Young Leaders—Back on Track is premised on the fact that by earning postsecondary credentials, young people are better able to participate in advancing their communities, being productive, and realizing their potential. Back on Track is heavily focused on program design—how young people progress from high school credentials to college and the civic engagement, leadership, and student voice play a very important role in that process.

We hope that young people involved in organizations like the National Council for Young Leaders are using their civic engagement to help them reach their goals in postsecondary education and their careers.”

People like Mamadou who believe in the value of the youth voice are the reason that youth like Shanice Turner are given a chance to be heard in influential circles that have the power to make a true difference through civic engagement. One of Shanice’s favorite quotes comes from a popular video game, Tomb Raider, and rings true for all youth trying to put their stamp on the world: “The extraordinary is what we do, not who we are.”

See the National Council for Young Leaders in action at Citizen University. 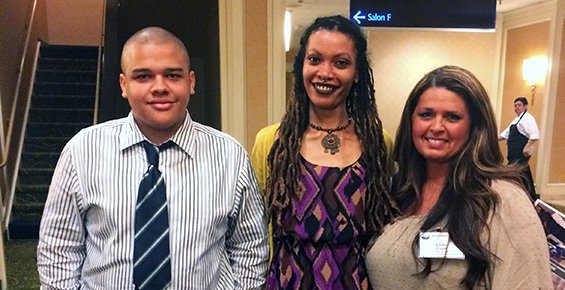 It's never too late to pursue your education. Hear from three students who achieved their dreams of earning a credential and finding a good job at very different times in their lives. 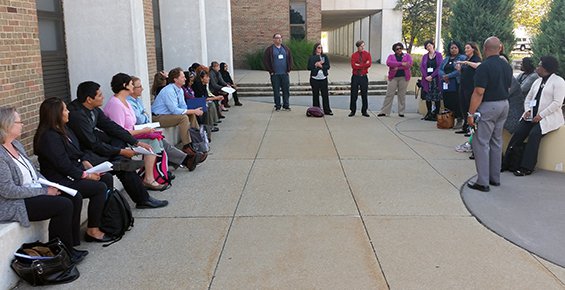 Young people who are transitioning from foster care aren’t faring well in college. There must be effective supports to help make their transition more successful. 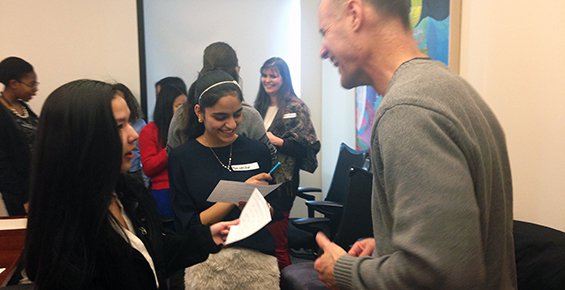 “Helping the World Run Better” is no small feat, but that is what the largest worldwide independent software manufacturer, SAP, endeavors to do with its products and services.