My Brother’s Keeper, One Year Later

In February 2014, President Obama announced My Brother’s Keeper, a civic call to arms to government, individuals, leading foundations, and corporations to each contribute to help young men of color get the support and training they need to become productive citizens. As part of the initiative, the President set up a task force made up of key members of his cabinet to coordinate federal efforts directed at young men of color.

I applaud the President for his leadership on this issue and for leveraging the brand, bully pulpit, and visibility of the White House to draw attention to boys and men of color and push for concrete action. At the White House ceremony announcing the initiative in 2014, emotions and symbolism filled the room as the first African-American President of the United States spoke to a group of young men and to the nation and said: “I can see myself in these young men…and the only difference is I grew up in a environment that was a little bit more forgiving so when I made a mistake, the consequences were not as severe.” The President went on to say, “I had people who encouraged me—not just my mom, grandparents, but wonderful teachers, community leaders, they pushed me to work and study hard and if I did not listen, they would give me second chances and third chances, they would never give up on me so I did not did not give up on myself.”

Today, about a year after the solemn announcement of My Brother’s Keeper at the White House, it’s time to step back and ask if anything has changed. The answer is: actually a lot and in a positive way. Perhaps most visibly, there were the marches—mostly peaceful—held for months in many corners of this country by large, multi-racial and multi-generational crowds to express their anger and frustration at police behavior toward young men of color. The marchers came from all walks of life to show solidarity with boys and men of color and assert an unwavering commitment to justice and fairness for all people.

Along with the marches, a renewed sense of urgency has started to emerge—a sense of urgency directed at bringing to light barriers faced by young men of color and taking serious action to help remove them. Since the announcement of My Brother’s Keeper, 150 cities, tribal communities, and rural municipalities have signed on to the My Brother’s Keeper Community Challenge, a call to action by the President to local leaders—and mayors in particular—for their pivotal role in bringing together the most critical stakeholders to incentivize partnerships to create an ecosystem of programming targeted at boys and men of color.

Other noteworthy developments include the launch of various national initiatives focused on empowering boys and men of color to transform their lives. These include:

Clearly, momentum is building. Young people, communities, foundations, government, and the private sector are coming together and taking action and putting in place the building blocks of what I hope will result in long lasting change on behalf of boys and men of color. The real question for us as a society is: Are we in it for the long haul? Are we ready to stick by these young men and give them the multiple chances the President said he was given? There are hopeful signs, but in the end only time will tell.

Read more about JFF’s work in relation to My Brother’s Keeper.

Through President Obama's My Brother's Keeper initiative, public- and private-sector leaders ruminated over solutions to address poverty, failing schools, and other issues that disproportionately affect boys and young men of color. 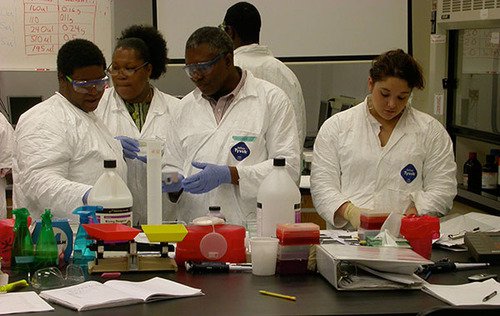 This blog was originally posted on National and Community Service's Official Blog . Like all Social Innovation Fund (SIF) aspirants, my team at Jobs for the Future (JFF) and our partners at the Aspen Opportunity Youth Incentive Fund were thrilled