A 16-member working group reviewed Georgetown’s history with slavery and issued a report on Slavery, Memory, and Reconciliation; their reflections include recommendations that the university will implement, including: preferential admissions for the descendants of the people that the Maryland Jesuits enslaved; a public memorial to all of the families sold to benefit the university, which will be erected on the Georgetown campus; two buildings renamed to remove the names of the priests who sold the families and honor one of the men sold to pay off the University’s debt and a free African-American woman who educated blacks in the Georgetown community. An institute to study slavery will also be established.

I have been thinking about what this means as a Georgetown University African-American alum. When I was a student at Georgetown there was controversy over affirmative action; the question of whether black students were worthy to attend Georgetown was a subject of discussion. Georgetown’s historical treatment of black people was not even a topic of conversation. Now the institution’s history of racism and current concerns are front and center for discussion and action.

I am proud that my college is joining the ranks of higher education institutions acknowledging their role in and profit from slavery. Kudos to the students and faculty whose protests motivated the call for the working group and to the working group members for the seriousness of the report. I’m proud that President DeGioia has taken action beyond apology. The descendants of the enslaved families have asked, rightly, that they be included in the process of reconciliation. I hope the University follows through on this commitment to the families.

I think Georgetown’s action has some professional lessons for me as well as in the work I do at Jobs for the Future to improve options and outcomes for the many adults and youth being left behind in our society. The events of this past year have created a new sense of urgency to address the stain of racism—and isms based on class, gender, sexual identity/orientation—that have come home to roost in our country. I have been wondering how my work should change to meet the challenge of the times. I see lessons for moving forward in the experience of my alma mater.

Look in the mirror. Georgetown looked at a dark time in its own history. I have to be willing to do the same. It’s important for me to understand my privilege and how I trade on my privilege (or JFF’s privilege) and how this perpetuates –isms. Similarly, it’s important for me to learn how to facilitate conversations about privilege in the communities where I work. If I am not willing to have these challenging conversations about privilege and how it fosters inequality, I am not part of the solution. Taking the easy way out by not addressing the negative impacts of privilege where I see it is also a bias of privilege.

When I know better do better. There is nothing Georgetown can do about the actions in 1838: the priests who sold enslaved people were memorialized on the campus while the people who were sold were erased. If I’m honest in my reflections about my work, I’ll see my missteps and (hopefully) change. For example, I’ve stopped using language like “ex-offender” and “reentry population” because people who have been incarcerated have said they shouldn’t be labelled by their worst mistake. “Just say ‘people.’” I’ve made that change. I have to get comfortable with the fact there will likely be many more changes to make as I work to more directly confront inequity in my work. I also have to be willing to challenge partners in our place-based work to do the same: how is language from leaders actually diminishing people they are trying to help? Where have actions created unintended consequences that need to be addressed?

Do the best that I can. How does an institution, especially a Jesuit institution, make up for profiting from one of America’s great sins? How can the university make up for the delay in publicly acknowledging its role in slavery? No actions will fully atone for the misdeeds. Similarly, some of our best recommendations or strategies for engagement may have had unintended, negative consequences for the young people or adults we are working with: not effectively reaching the people most in need. This can’t stop me from doing what I can to correct these past oversights or missteps in my work with communities: revise policies, implement new practices, redefine “success” to more effectively target the inequity that creates the barrier to education or economic mobility.

Engage the impacted communities in the solution setting. The descendants of the enslaved people will be included in the conversations about actions going forward. (Some have asked why they weren’t included in the working group.) At JFF, we work in communities across the country to improve outcomes for people who are disenfranchised; but I often attend meetings about improving outcomes for people of color in a community and I am the only person of color in the room. (Or the “target population” is people living in poverty, with criminal backgrounds, lacking high school diplomas, etc., but they are not at the table). I have to make it a priority (and have partners in the communities where I work) to engage the “target” population and community organizations that support and/or advocate for them, as priority partners.

It’s inevitable that there will be many who disagree with Georgetown’s efforts at reconciliation. That will no doubt be true with any action to be more intentional about the how, with whom, and what we say about our work in communities to account for privilege and take more direct action to promote mobility. I think it’s important to act humbly but with conviction in the face of opposition. There are lessons to be learned from opponents, but “just don’t let it turn you around” as the old song says.

Maybe these lessons from Georgetown work for you as well. If so, I’d love to hear your thoughts.

Editor’s note: This post is in response to the blog, “The Fierce Urgency of Now”, a blog that addresses the recent upsurge of brutal violence in the U.S., and enables JFF staff to share their pertinent thoughts, whether professional or personal, about these social injustices.

This blog was authored by JFF's former CEO Marlene B. Seltzer. Like so many people across the country, I am saddened and enraged by the recent brutal violence and mass murders that have left our nation torn and deeply divided 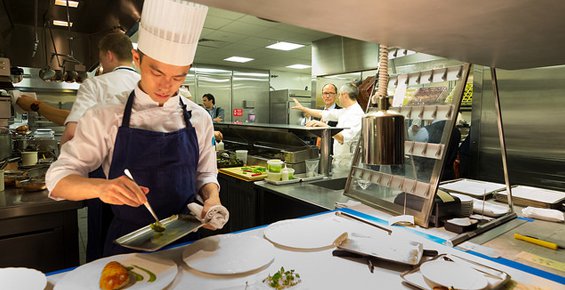 By Kathy Mannes and Nancy Hoffman At a time when divisiveness has cast a pall over our country, new alliances are inspiring ways to bring us together. We all have a role to play in addressing longstanding social and economic

At a time when the country is trying to address the issue of mass incarceration, community colleges, community-based organizations, and prison and county jail systems are receiving aid to create pathways from incarceration to credentials.