Imagine Running a Phone Store While You're Still in High School

This blog was originally posted on GenDIY Blog on Huffington Post Education. This blog was also available on Tom Vander Ark's Getting Smart Blog.

If you're between 16 and 24, you've probably looked for a job, and maybe you've been lucky enough to find a decent one. But you may also have had this very common problem: if you don't have experience you can't get a job, and if you can't get a job, you can't get experience. And school doesn't help very much—you're supposed to be preparing for college and career, but the career prep is often a fiction. Besides work is way off in the future.

Now imagine this: by the time you're 15, you have already done a lot of research to see what kind of a career might interest you. You visited an advanced manufacturing site, a graphic design studio, and a bank as part of your school's curriculum. Now as you get ready to leave 9th grade, you apply for an apprenticeship. Some are very competitive—say, to work in international banking or in a major phone and Internet provider. Others may seem more low-key—like learning to be a carpenter or more service oriented like working in a retirement or health care facility. Once you get accepted by a company, then you know where you'll go to school and what you'll study. For the next three or four years, your week consists of three days at work, two days at school, and an occasional stint in an intercompany training organization, like the Centre for Young Professionals, in Zurich, Switzerland. You get paid about $800 a month to start out moving up to $1000 or more by the end of your third year.

I've given it away. This isn't an imaginary country, but Switzerland, where about 75% of teenagers spend the years between 16 and 19 learning about and starting their first careers. Imagine advising a hedge fund client, turning out parts on a multimillion dollar machine, or running a retail phone store. Those are some occupations of Swiss teenagers. For example, the country's main phone and internet service, Swisscom, has around 800 young people at work. The country believes that young people need the opportunity to learn about and try out work before completing school. Almost everyone gets a job when they graduate.

As recently as a generation ago, young people in the US grew up knowing that if they finished high school, they could expect to find jobs with decent salaries, and those jobs would allow them to become independent adults. In other words, schools didn't have to worry so much about careers. Today, though, millions of young Americans are stepping into the labor market after high school only to discover that the best they can do is to piece together a series of part-time, low-wage jobs that barely allow them to support themselves, much less build a satisfying life. The same is true of those with some college credits or a poorly chosen two, or four-year degree. You probably know some college-educated baristas and fast food workers.

The Great Recession of 2008 has had a major impact on the well being of many Americans. It has had an inordinately heavy impact on youth, especially young people of color, youth from low-income backgrounds, and youth who have either dropped out of high school or completed it but have no postsecondary plan.

In 2000, 44 percent of teens were in the labor market; by 2011, the figure had dropped to 24 percent. For urban, low-income young people of color, the odds of having a job—any job at all—now stand at roughly 10 percent. In fact, the young people with the highest employment rates come from families earning $120,000 or more, and the rates are lowest among young people with family incomes below $40,000, the young people most in need of earning power (Sum et al. 2014)

So what's a young person to do? While we don't have a good system of career education, there are a surprising number of good options, though not enough to go around, and many not well known.

For example, Cristo Rey students share a single full-time job (in a law firm, bank, hospital, or other setting), with each student working one day a week to pay tuition for schooling. Big Picture students make personalized learning plans that take them out to work several days a week with mentors of their choice with the goal of defining their passions and finding work that is satisfying. Massachusetts vocational schools typically host companies on site as well as provide clinical training required for industry certifications. Worcester Tech, for example, hosts Tufts at Tech, a veterinary clinic serving the community.

I'll end with a particularly interesting school in Clovis, California. The Center for Advanced Research and Technology (CART) provides half-day programs for 1,300 11th and 12th graders from fifteen high schools. The CART building, designed to replicate a high performance business atmosphere, is organized around four career clusters--professional sciences, engineering, advanced communications and global economics. Teachers, business partners and invited experts work not in classrooms but in large open spaces filled with equipment, work stations, and student work (spaces similar to those at a high tech start up or science lab). Within each cluster are several career-specific laboratories in which students complete industry-based projects and receive academic credit for advanced english, science, math, and technology. Students do everything from testing water in the High Sierra to making industry-standard films to trying out aviation careers by actually flying planes. Teaching teams include business and science partners, and many teachers have extensive professional experience.

There are many more examples, but my goal here is to underscore that every young person should have the opportunity to gain the knowledge, skills, and competence needed to search for and obtain work that is meaningful. The argument I'm making is not that kids need jobs--that is certainly true--but a far more radical proposition-- that learning to work, learning about work, and experiencing a productive workplace should be integral to secondary-level education.

The American Institutes for Research, in May of this year, released a study tracking the progress of students who attended high schools in the Deeper Learning Network and comparing their outcomes to those of similar students from non-Network schools. AIR

This post first appeared in Education Week's Learning Deeply blog on December 12, 2014. There's something about technology that tends to bring out the hyperbole in otherwise reasonable people. Strike up a casual conversation about the latest advance in vi 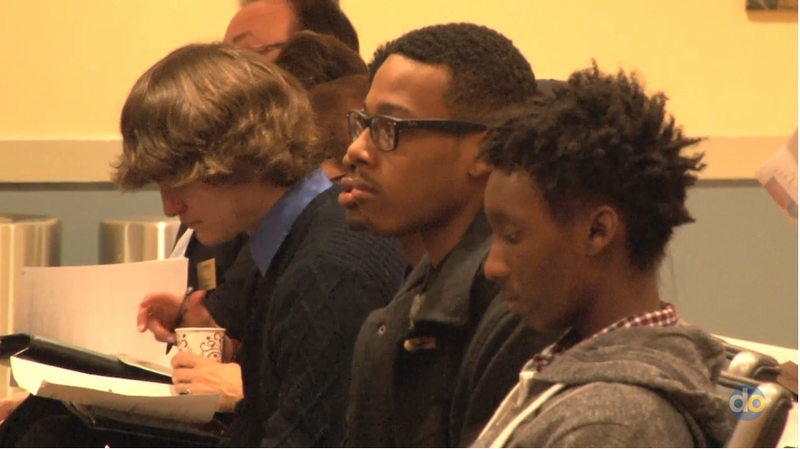 “We’re working to redesign high schools and partner them with colleges and employers that offer the real-world education and hands-on training that can lead directly to a job and career.” In his January 20th State of the Union Address, President