How Linking Learning and Work Build Skills for Life and Career

Today’s career and technical education (CTE) has come a long way. In the past decade, CTE has moved from the sidelines of education policy to the center of school reform—and been rebranded (if not entirely reinvented) along the way.

New York City’s reforms have been dramatic: 50 of the city’s 400 high schools are exclusively CTE-focused and 75 more offer over 200 CTE programs. These efforts, together with innovations like P-TECH, have made New York City a kind of laboratory for CTE-based school reform—a role it has embraced.

But a recent review of these reforms identified key challenges: engaging business and industry, creating opportunities for students to work, and building bridges to postsecondary education or training, among others.

These challenges are not unique to New York City. Again and again, these challenges are cited by CTE leaders from across the U.S. as factors holding back their programs—and their students. Engaging business and industry stands out as a particular difficulty.

But there are models that address all three challenges head on; apprenticeship is one of them.

That’s because apprenticeship relies on work-based learning, creating a specific activity around which educators and employers must negotiate. And placement is the intended outcome.

Despite the efforts of CTE leaders, pre-apprenticeship and apprenticeship advocates, and school-reform leaders over the past decade, apprenticeships remain rare—with 0.2 percent of the workforce participating in one today—and far more rare for women and people of color who comprise just 3 percent of apprentices nationally.

This is a particular concern for the U.S., where youth unemployment is high and employers increasingly point to a lack of preparedness among new workers.

There are lessons to be drawn from elsewhere. Some of the most promising approaches come from European countries with strong apprenticeship programs that are considered equivalent to academic career paths. They integrate learning and work, combining part-time classroom instruction with part-time, apprentice-based work at a host company. This dual track has created a virtuous cycle where employers engage directly with educators and students, students learn the skills in a real-world environment, and employers hire students who have already proven themselves and are confident about engaging the next group of apprentices.

In Switzerland, which provides what many observers see as the gold standard of apprenticeships programs, students are encouraged to sample different professions before they commit to a program. Businesses offer week-long sample apprenticeships called “Schnupperlehren” to entice young people into their professions. The workplace could be a local bike shop, a hospital, a bank—there are opportunities in all industries.

Once students begin working (as early as age 15), they receive a small training wage for work performed three-to-four days per week and participate in one-to-two days of CTE in the classroom.

The learning environment is largely work-based, providing infinite opportunities for students to learn and practice skills, while building industry-based knowledge and the ability to navigate the workplace—the essential employability skill.

But it’s not free. Swiss businesses spent $5.2 billion on apprenticeships last year. Having consistently earned a return of 10 percent or more, most Swiss-owned businesses see this as shrewd investing. One challenge the system faces is the need to help increasing numbers of foreign-owned businesses understand the system.

In recent years, the Swiss model has attracted the interest of many education and business leaders from around the world, including our own. The U.S. Department of Labor and their Swiss counterparts have signed a declaration of intent to jointly further the development of CTE models in both countries. In addition, an annual “boot camp” for CTE practitioners and policymakers conducted by the Swiss Economic Institute is attracting a steady stream of visitors from all over the world, including the U.S.

The state of Colorado has gone a step further. It sent a high-level delegation to Switzerland earlier this year to get a first-hand look at the model and is now working on an ambitious plan to adapt it to the needs of several key sectors over the next three years, with a goal of offering 20,000 apprenticeship slots by 2026.

Noel Ginsberg, CEO of Intertech Plastics, who spearheaded the Colorado effort, sees connecting education and work in tangible ways as essential. “There’s a lot of pressure on schools to improve employability skills, but [they] can only do so much. Business has a role—and it’s more than as an advisor or critic, it’s as a participant in the education process.” 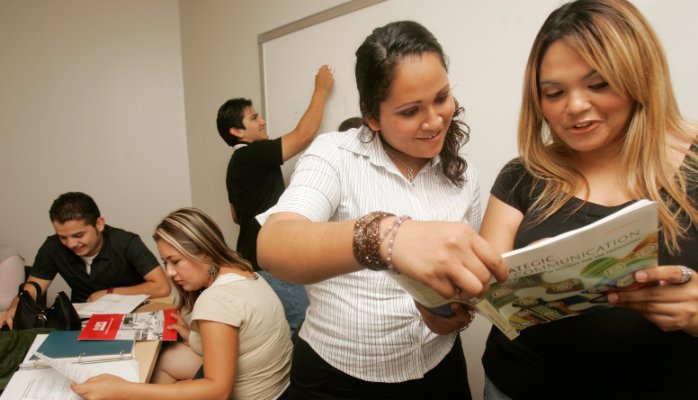 (And Why Experts Are Serious When They Say That) By Mary V.L. Wright, Senior Director, Jobs for the Future, and Kristin Wolff, Thinkers+Doers, Associate (Adjunct), Social Policy Research Associates When reviewing the news and reports related to preparing

As workforce development tailors educational and vocational models to meet the needs of those reentering society, we must ensure these reentry strategies and programs work just as well for women.