Hillary's Advice at Play in the Field: DesignForScale

Presidential candidate Hillary Clinton’s brutally frank conversation with Black Lives Matter activists during an August 11th campaign stop in New Hampshire captured several realities of the policy development process. Clinton’s assertions are instructive for anyone trying to change policy, but they are particularly relevant for those of us focused on dramatically improving economic mobility and equity through community college policy reform.

Clinton made three points that were particularly apt: first, it is not enough to win hearts for policy reform. Second, you must change laws, resource allocation, and systems to bring about real change. Third, you need a plan.

Clinton is correct that it is not enough to just talk to people and win over their beliefs. For example, there has been great support for increasing credential attainment over the last decade from the Obama Administration, states, and major philanthropies such as Lumina Foundation, the Bill & Melinda Gates Foundation, and others. An April 2015 Lumina/Gallup poll found 96 percent of Americans value postsecondary education. Given that increased postsecondary attainment is a priority for the president, states, major philanthropies, and the public, it is safe to say we have the collective mindset for increasing credential attainment. However, for all the interest—and great effort—the percentage growth in credential attainment from 2012 to 2013 was .06 percent, well below the projected rates that are needed to fill current and future jobs that will require postsecondary education and maintain our global economic competitiveness. Clearly, we need more than collective agreement and good will.

Laws, resource allocation, and systems reform effect change. Transformation must be undergirded by infrastructure, accountability, and concrete laws. The growth in performance-based funding in public higher education is a good example. The National Council of State Legislatures reports that over 30 states now have some form of performance-based funding, effectively forcing colleges and universities to focus on public goals such as increased credential attainment.  Other examples include new laws and system changes to dramatically improve outcomes for students underprepared for college such as the developmental education policy reforms in Connecticut, Florida, North Carolina, and Virginia. Many states are actively building an infrastructure to support their colleges’ reform efforts as well. Excellent examples include Student Success Centers that encourage cross-college collaboration and deploy technical assistance, and the Student Success Learning Institute, a long-term, cohort-based professional development institute in North Carolina.

There are serious professional and philosophical differences about how performance funding and developmental education policy reforms came about. But there is also general agreement that without them, community colleges would not have achieved the dramatic strides of recent years. Still, to catalyze and sustain meaningful change, we need more than legislation and policy changes.

Clinton communicated the importance of having an actionable plan that can be explained and sold to the vast majority of Americans. It is not enough to have a position that is “historically, psychologically, and economically fair…you have to come together as a movement and say, ‘Here is what we want done about it,’” Clinton asserted. Without a plan that constructively engages people and encourages action, worthy causes are going to “stay on the shelf.”

This holds true for the positive public sentiment around increasing college graduation rates. Without a plan it is unlikely that we will reach our goals for credential completion, especially for low-income students and students of color, many of whom are underprepared for success in the community colleges in which they enroll.

Jobs for the Future has developed an initiative to help states and community college systems create visionary, integrated agendas to increase completion attainment for low-income students and students of color to help them earn productive careers. DesignForScale helps community college systems and associations analyze the degree to which their state and system-level policies support student completion. The DesignForScale tools and services engage diverse constituents in creating actionable plans to increase credential attainment for all students, with a special emphasis on low-income students and students of color.

Clinton’s candor and practicality about the policy process is enlightening regardless of political affinity. Hearts and minds alone are insufficient to effect lasting change but in combination with changes in laws, resource allocation, systems, and credibly constructed plans, we can more effectively address the critical issue of helping low-income communities of color earn the postsecondary credentials they need to advance in our nation’s economy. While postsecondary attainment for communities of color will not erase the broader and deep-seated structural social and economic issues raised by Black Lives Matter activists, increased credential attainment is a critical part of a multi-pronged solution. Let’s plan for serious change, and then make it happen.

This blog was originally posted on the GenDIY Blog on Huffington Post Education. Community colleges are the hot topic of the moment. President Obama's recent pledge to make community college tuition free is generating most of the buzz, but there

Ask just about anyone in America today, and they'll have an opinion on "the problem" with our universities. But can we realistically redesign and reinvigorate the higher education system? JFF takes a stab at answering this inquiry.

To reach ambitious education attainment goals, higher education will need to use all of the tools—and invent new ones—in the completion toolkit. A major (and majorly overlooked) tool is the power of networks. 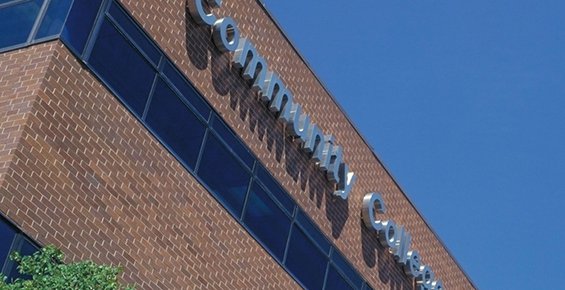 Despite the significant number of undergraduate students receiving federal Pell grants, financial challenges keep many from completing their postsecondary degree. A guidebook from Lumina Foundation offers colleges some solutions.