In October 2015, ED launched an experiment to expand access to college coursework for high school students from low-income backgrounds. Through this pilot program, high school students will be able to use Federal Pell Grant funding to pay for college coursework while they are still in high school. ED invited higher education institutions to partner with high schools or school districts in becoming “experimental sites” and opened up $20 million to benefit thousands of students enrolled in Early College High School or dual or concurrent enrollment programs in the 2016-17 school year. Successful applicants are expected to be announced in the coming weeks.

With these moves at the national level, Early College High Schools at the local level can increase the number of students, particularly traditionally underserved students, who are college and career ready. The results of early college models are impressive: early college students outperform their non-attending peers, with 90% graduating high school, 94% earning college credit, and 30% earning an associates degree before high school graduation. These schools help students accelerate their success, putting them on a strong path towards additional college attainment and greater economic opportunity.

This blog is being released in as part of Early College High School Week, an annual celebration of early college success nationwide. Follow news about the week at #ECweek16.

Early college high schools enable students to simultaneously earn a high school diploma and up to two years of transferable college credit—tuition free. But that's not all! Discover the other benefits.

JFF applauds Laurene Jobs’ $50 million investment to inspire new thinking, innovation, and action around redesigning the American high school. Our nation’s high schools have largely been impervious to decades of efforts to raise the educational achievemen 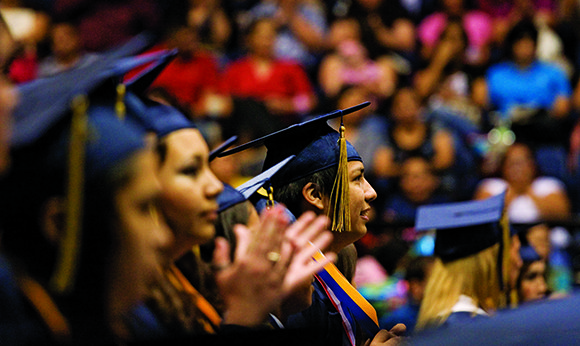 By Joel Vargas and Hannah Smith Originally posted on the Getting Smart blog and on Huffington Post in the GenDIY series on March 12, 2016. Hack: a clever solution to a tricky problem There is good news and bad news