By Stephanie Krauss for Students at the Center

My youngest brother’s senior year of high school—in a public school in New Jersey—was also my first year running a competency-based high school for over-age and under-credited youth in St. Louis. It is hard to describe just how different his experience was compared to my students’.

My brother attended one of the best public high schools in a state known for its high marks in public education and student achievement. In his final year of high school, he took a handful of Advanced Placement courses, served as student body president, played drums in the school band, wrestled, and still found time to work at the local pizza shop and connect with family and friends. He was accepted into Harvard University and decided to go.

By contrast, most of my students came from schools known as “dropout factories.” These students had significant academic catching-up to do. We did not have demand for AP courses, nor did we have time for robust extracurricular activities.

The starting point of my brother’s and my students’ senior years paints a stark picture of deep and persistent inequities that many young people in under-resourced communities face. In my brother’s case, his age and stage of learning matched. My students, all of whom had transcripts that said they were juniors and seniors, rarely had the full scope of academic, social and emotional skills they needed.

I was reminded of these glaring oppositions when I read Jobs for the Future’s Equity in Education: Realizing the Potential, Overcoming the Obstacles, part of a competency-based education research series produced by its Students at the Center initiative.

The truths in this report were hard to shake. Take this one, for example:

But the potential for problems [with competency education] is clear. In a system where students have to demonstrate skills and knowledge to move forward, there might well be a “rich get richer” and “poor get poorer” effect: those whose backgrounds afford them a richer array of learning environments and who begin school already having acquired more skills may keep increasing the distance between themselves and their less fortunate peers.

In order to succeed in a competency-based program, as defined above, students require certain skills, strategies, attitudes, and behaviors. These range far beyond logical-mathematical reasoning abilities; they also involve self-perception, internal regulation, emotional states, drives, motives, and the ability to make meaning out of a variety of social situations in classrooms and schools.

My brother was privileged to engage with many positive and productive learning environments throughout his childhood and adolescence. The skills that he needed in order to navigate and negotiate challenges were modeled, taught and supported—in class, at home, with friends, at work and in his afterschool activities. His skill development started early and happened regularly.

Most of my students grew up in poor neighborhoods and attended failing schools. Sports and the arts were seldom offered and jobs were hard to come by. Even those with strong families or excellent teachers had far fewer opportunities than my brother to learn and practice all that they needed to succeed in school and life.

Long before high school, they were already on the wrong side of a “readiness gap.”  This gap poses a real danger to less-prepared and resourced populations in any context; it is no less true in flexible and personalized learning models, like competency-based education. I agree with the authors of this report: inequities will persist or grow for kids living in under-resourced communities and attending competency-based programs if they lack the skills needed to fully access and participate in the learning structure.

The problem, however, is not inherent to the competency-based approach. Consider the dilemma:

If we do not build and grow competency-based education pathways for vulnerable populations, then they will continue to attend traditional schools where time is the proxy for progress. The system will push them out or pull them through. Those who complete will hold a credential with no guarantee that they’ve developed the competencies needed for life after high school.

If we continue to build the field of competency-based education, but do not address the equity issues raised in this report, then some students may enter into competency-based learning environments unable to experience all of the benefits. They could fall farther behind and bumble through a personalized and performance-based approach that works only for those who are well supported, engaged, and who have the skills and attitudes that make them ready to learn.

My students’ outcomes bear these results. In our school, we quickly observed that certain skills were essential to growth. We called this phenomenon the “ABCDs algorithm”: attendance, behavior, classroom performance, and drive. Incoming students who already demonstrated at least two of the ABCDs (in age- and stage-appropriate ways) tended to thrive. We could target interventions and support in personalized ways that traditional schools could not; these students got what they needed, when they needed it.   Their peers without two or more of the ABCDs did not succeed in the same way. Although they seemed to enjoy school and appeared to be learning, their progress was not as quick or as strong as it needed to be, and they tended to age-out or dropout rather than graduate.

The majority of our students fell into this latter group, so we ultimately chose to close the school. Our student needs outweighed capacity. Although we failed at our main mission, my staff, Board, and I believed—as I still do—that competency-based education was the best way to serve our students. We just could not get enough students to a place, quickly enough, where they could experience all of the benefits.

A key lesson I take from this experience is that for competency-based education to work for students who struggle, it must be accessible, expanded and start early on.

We must orient learning around readiness and competency development whenever and wherever it takes place. Students should learn and progress in seamless pathways where the skills they need are being taught and reinforced in each of the systems and settings that they touch—in school, at home, in systems like foster care, juvenile justice and out-of-school programs, and in communities.  These pathways should model an integrated education pipeline, one that includes major youth-serving systems and that carries young people from elementary through post-secondary—a competency-based education ecosystem.

My brother prepared for adulthood while attending a traditional school, but school was not the only place where he learned. His community and social network nurtured his growth and development. Everywhere he went, he saw and was encouraged to practice the skills that he now relies on in college, work, and life. I believe that had he attended a quality competency-based school, these skills would have been even further strengthened.

Imagine if all youth-serving systems and settings decided to focus on readiness and the development of an agreed-upon set of competencies. Then, as youth moved in and out of different environments their learning would be extended, not disrupted. If a school or family failed to provide the type of modeling and teaching experience that youth needed, they would have other options and opportunities.

Without naivety, I envision a future where all young people enter school and adulthood ready—no matter (and perhaps, because of) who they are, where they live, the problems they face and the systems they are involved in. Flexible, youth-centered, competency-based and community-wide seamless learning pathways, if done correctly, could make that future a reality.

As a Senior Fellow with the Forum for Youth Investment, Stephanie Krauss consults, researches, speaks and writes nationally on child well-being, youth readiness, and competency-based education. Krauss serves as co-director of The Readiness Project, a Forum campaign focused on identifying what it takes to prepare all youth for adulthood. Previously, Krauss served as founder, president and Chief Executive Officer of Shearwater Education Foundation. 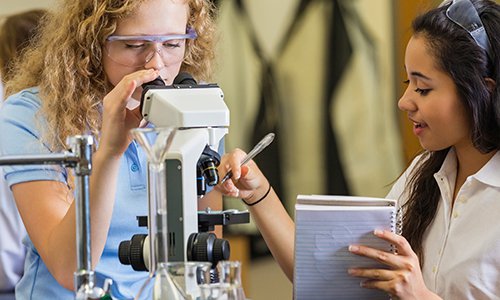